Thanks to your successes on Day 2 we've dismantled a large chunk of the Molatian-sympathising New Sun's southern operation. Intercepting a shipment of prototype chemical weapons intended for use on civilians was unexpected, and NATO High Command are keeping a close eye on further developments.

Per the recommendation of Afrene and NATO leadership, a UNITAF patrol from FOB Lion to the town of Numbo is to be set up on Day 3. We've had a Stryker IFVs delivered to our FOB to help facilitate this.
Your objective will be two-fold: Under the guise of a show of force, deliver an intelligence brief to Afrene Military offices in Numbo. Whilst doing so, try to find any leads on Molatian chemical weaponry production. NATO High Command believes that the propaganda centers and the chemical weapons are related so keep an eye out for any more of them. Day 3 will be about hearts and minds- at least on the outside.


Should all primary objectives be met, the operation will be considered a success. 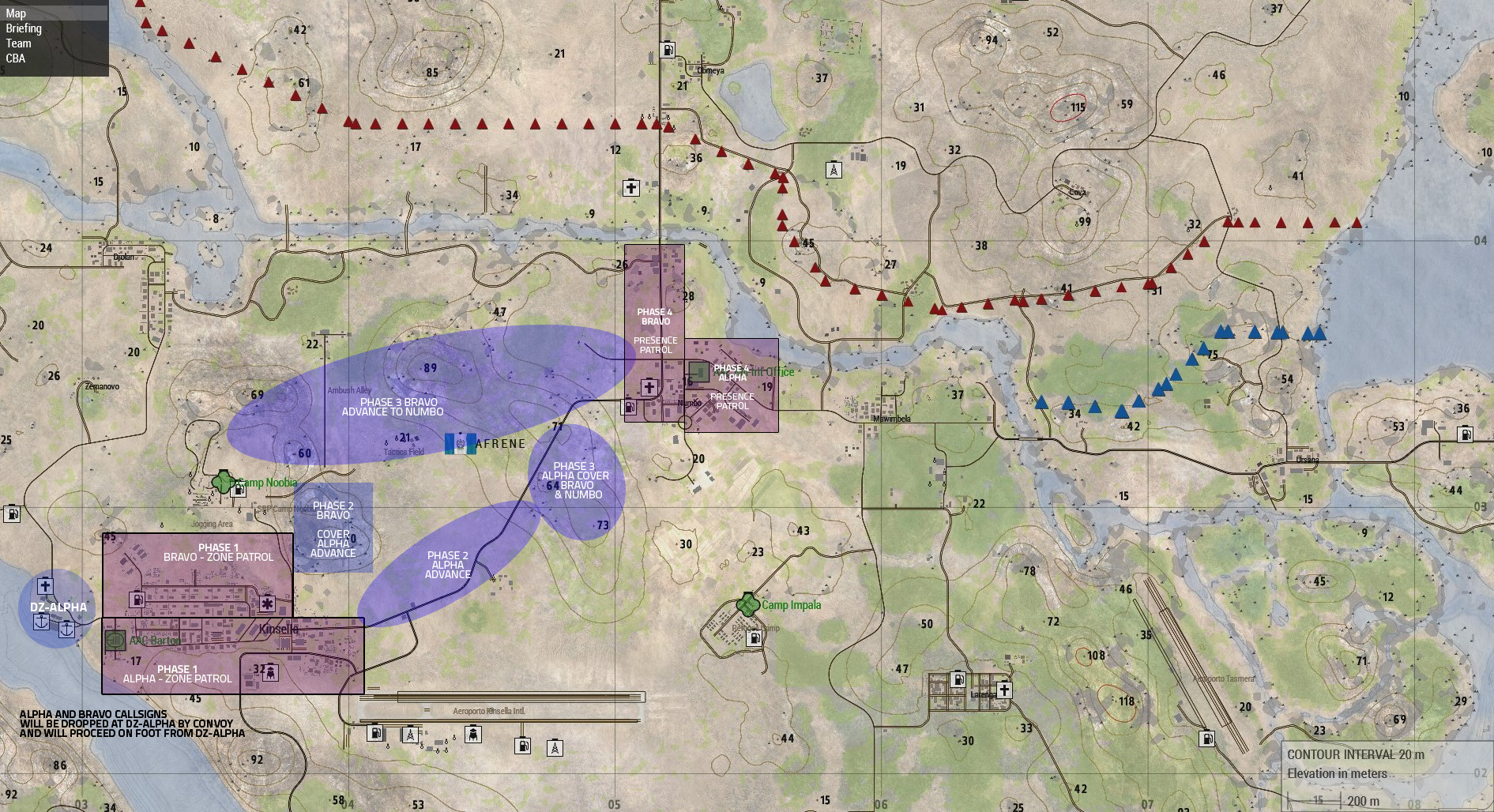 Molatian-sympathising elements have been attempting to set up propaganda centers in urban areas within Afrene. Expect any you find to be defended by insurgent fighters.

Further to the overarching objectives in Isla Duala, avoid contact with Molatia military forces outright- a war between Afrene and Molatia is undesirable.

Expect civilian presence in Afrene urban areas and conduct yourselves accordingly when in sight of civilians.