Molatian forces have begun an assault into Afrene territory. We are waiting on an official political update in regards to war declaration, but with NATO forces being assaulted at Numbo a retaliation is necessary.

Following the Militariga Molatia [MM, Mike-Mike, the official Molatian armed forces] attack on Numbo, NATO HQ has authorised a covert strike against hostile military assets on Taris Island. Taris Island is one of the main military infrastructure and support areas for the whole of Molatia. Friendly AAC forces are meanwhile attempting to hold the MM assault in Numbo and are buying time for UNITAF's attack.
Several key installations and targets have been identified and marked and are to be engaged at the ground CO's discretion. 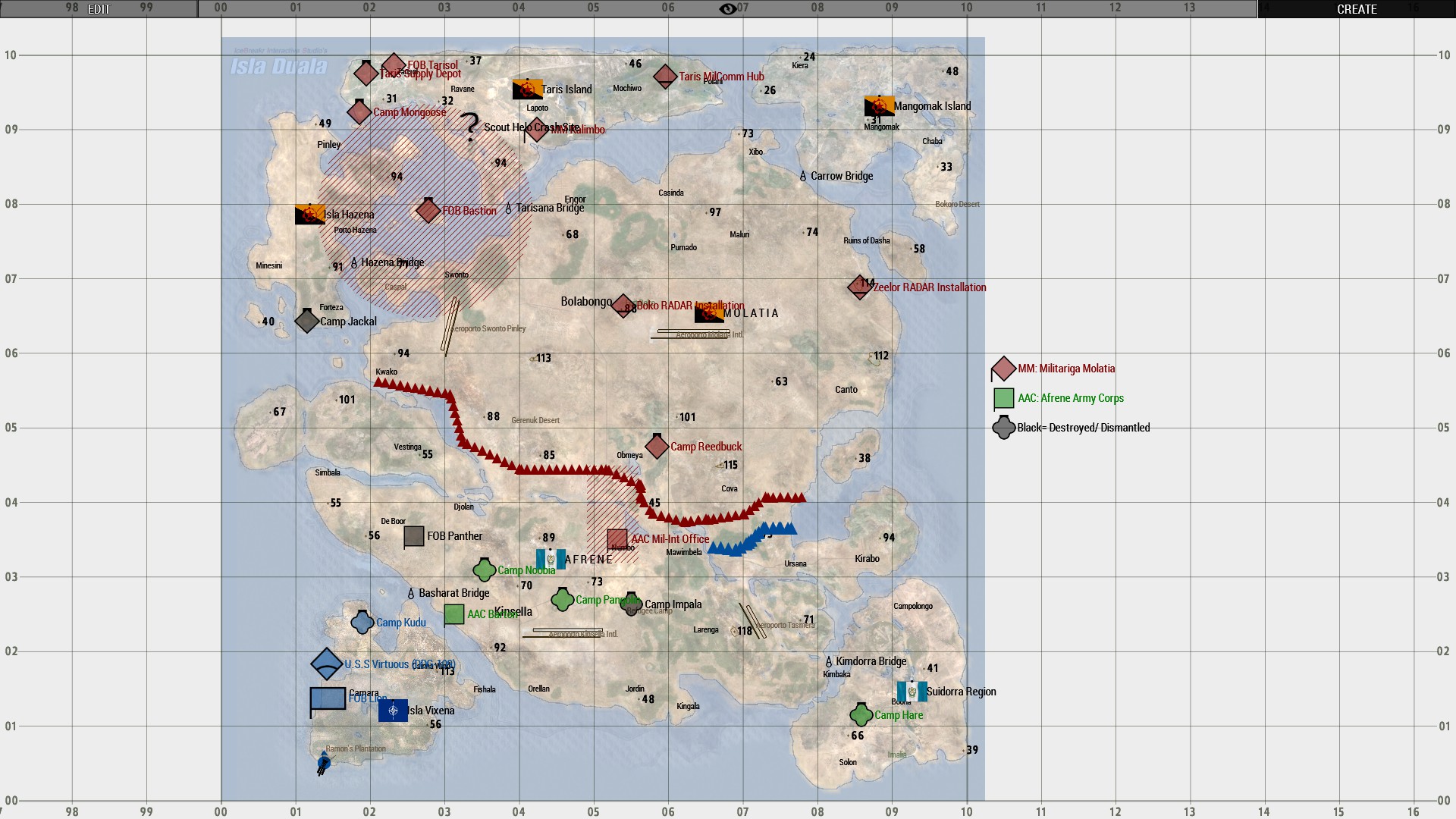 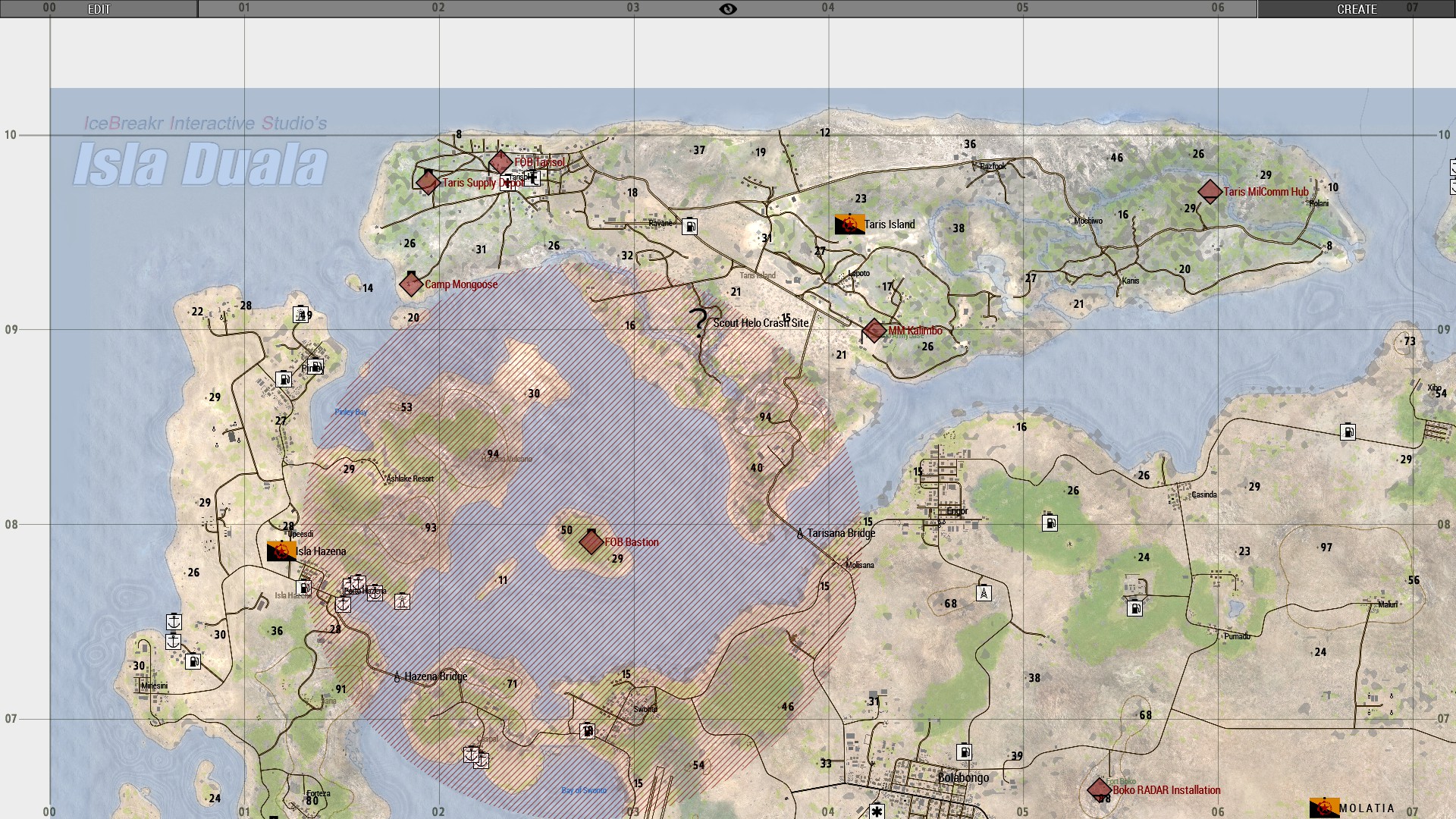 UNITAF is directed to conduct a night time attack on key MM targets around Taris Island. Maintaining stealth for as long as possible will allow the task force to take defenders by surprise and destroy vital equipment and supplies before any significant enemy response is brought to bear. Key targets as follows;

COMMANDERS INTENT: The commanders intent is to complete all primary and secondary assigned tasks for the assigned mission while minimising loss of allied and civillian life, collateral damage and detection.

UNITAF is authorized to use lethal force on all hostiles including any armed civilians acting with clear hostile intent. Additionally, the task force is required to minimize collateral casualties and property damage and treat any prisoners or detainees humanely.

The ground forces commander instructs strict weapons protocol to maintain stealth at all possible times, engaging the enemy only as required by the mission, the use of silencers and night vision is mandatory.

Should all primary objectives be met, the operation will be considered a success. 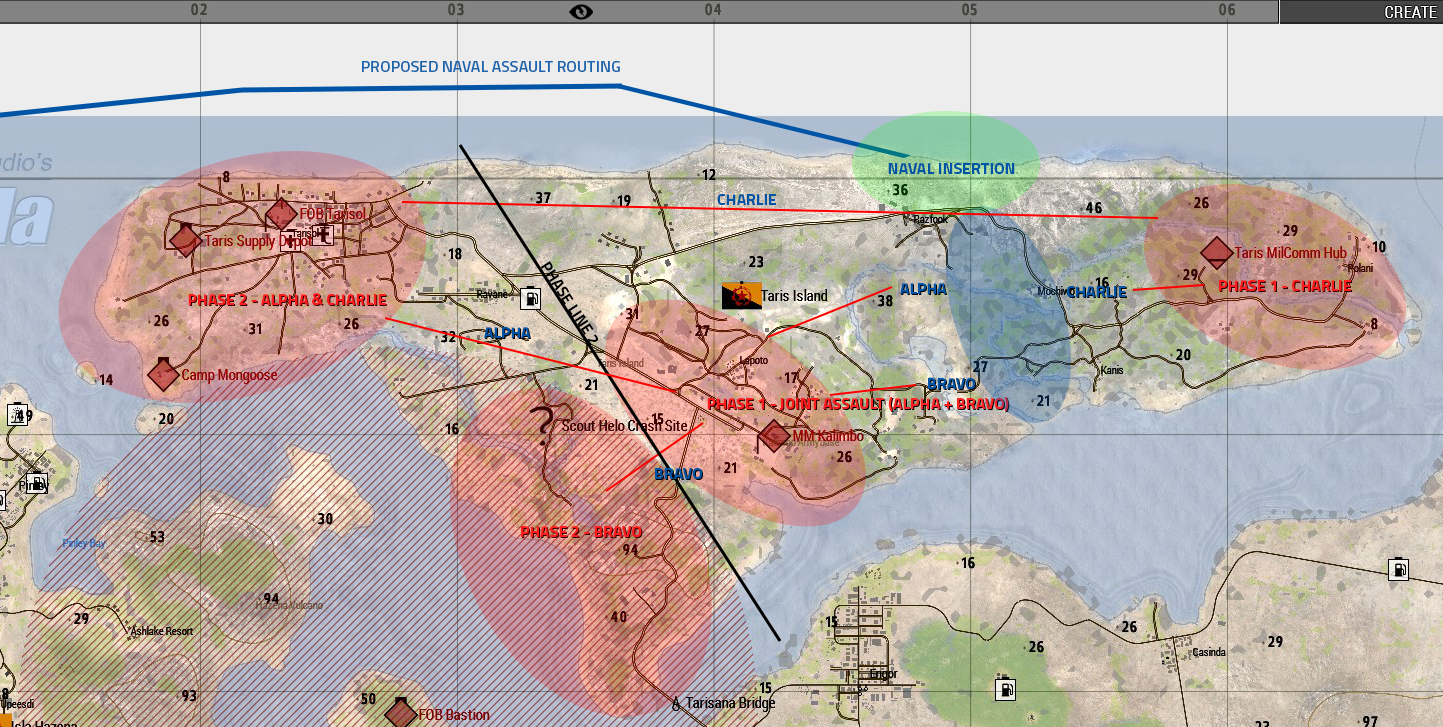 Militariga Molatia forces are spread thin across the northern side of the archipelago due to their assault on Afrene. As a result Taris Island has reduced garrisons. FOB Bastion is a well-defended fort island with Anti-Air capabilities- avoid this area until we can more effectively engage it. The area surrounding it as marked on the map is the estimated effective range of Bastion's AA weaponry.

Maintain stealth for as long as possible to avoid QRFs being brought to bear on you. If you are discovered you may attempt to disengage and relocate to recover stealth, MM forces may assume that one of Afrene's insurgent forces was behind the attack and send a less effective QRF. During Broken Sun we discovered that MM forces may use search helicopters to find your positions.

MM forces are currently under-equipped for night warfare; very few regular soldiers and guards have night vision equipment (around 1 in 10), however specialist forces with effective equipment may be sent as QRFs should your force be spotted. The north side of Isla Hazena has military installations which will give away your position and intent, it is recommended you avoid this area.

Civilian presence on Taris Island has been noted, and whilst most of the civilians on the island work for the Molatian military in some capacity, HQ stresses that unarmed civilian targets must not be engaged or harassed. Collateral damage in civilian areas must also be avoided.

THE OPERATION WILL BE LEAD BY CAPTAIN JAMES (COMMANDER GROUND FORCES) AND THEN BY SECTION COMMAND SENIORITY A, B, C AND THEN BY RANK.

WILL BE CONDUCTED IN ACCORDANCE WITH UNIT SOP, SEE ORBAT FOR FREQUENCIES AND CALLSIGNS.