Successes around the archipelago are beginning to bear fruit. AAC forces have set up garrisons in FOBs Tarisol and Tiger on Taris and Mangomak Islands respectively. This has allowed us to gain a strong foothold in key locations from which we may attack remaining Molatian assets and facilities. To complete this encirclement of Molatian territory, our next target is to be Isla Hazena. 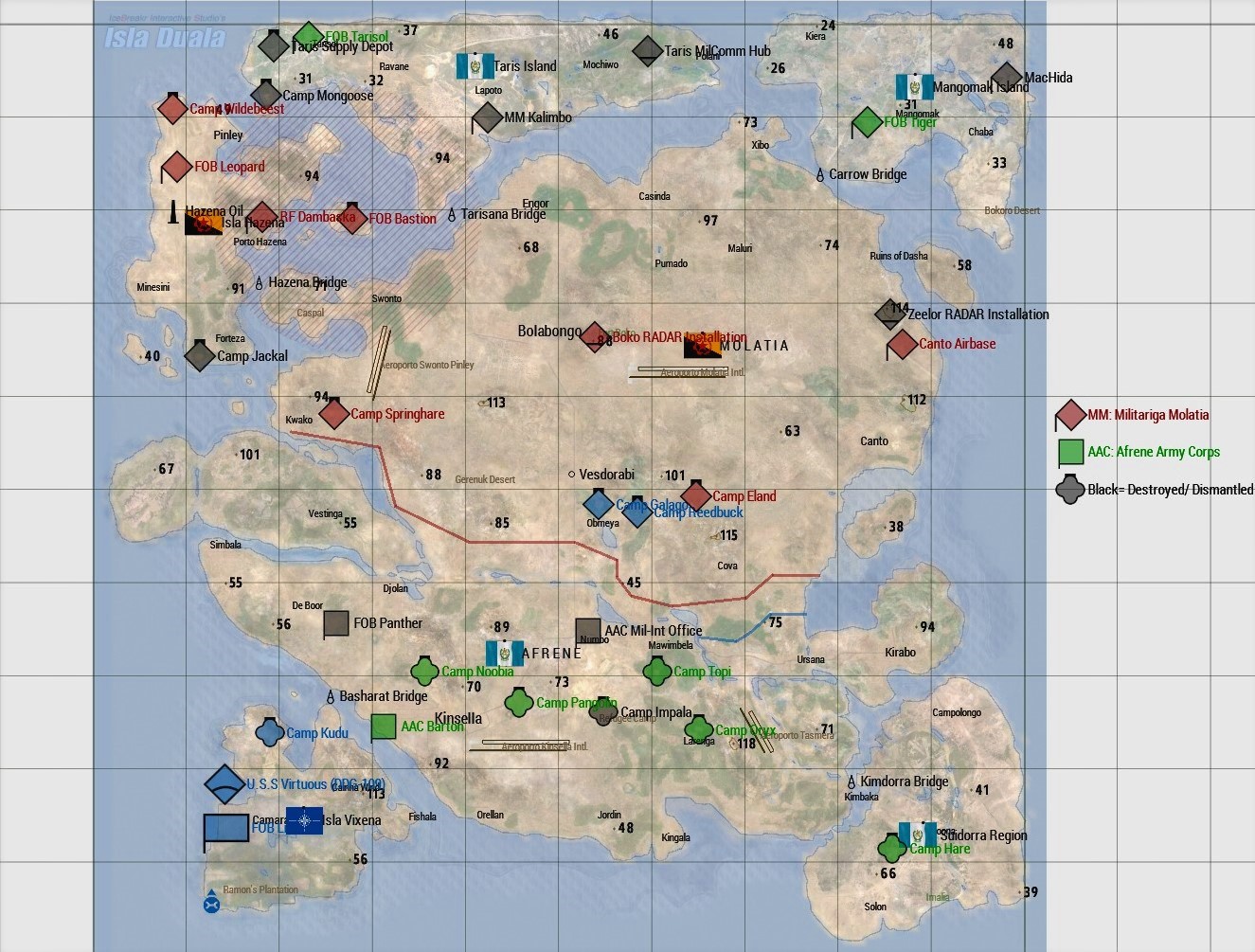 Through intel gathered in the field along with caches of Chemical Weapons (CW) UNITAF have uncovered a plot to use chemical weapons on Afrene civilian targets. HQ is as yet unsure as to the targets of these weapons so finding out more is a top priority. The devices these CWs are deployed from are not dissimilar in appearance to a small nuclear warhead- two have currently been accounted for but we know more were developed.

Your two main priorities on day 7 are to secure Isla Hazena and to find more information on (and recover if possible) the remaining CW devices whilst shutting down research facilities to prevent more from being developed.
Isla Hazena is a well-garrisoned island which serves as one of the main import and supply routes into Molatian territory. The main dockyards are vital for the Molatian war effort. Securing these will deal a heavy blow to remaining Molatian forces.
RF Dambaska has been identified as a potential CW research facility. Recce and secure this facility as soon as possible to prevent CWs from being extracted and taken somewhere else. Securing scientists for questioning will also aid in uncovering the plot behind this research. 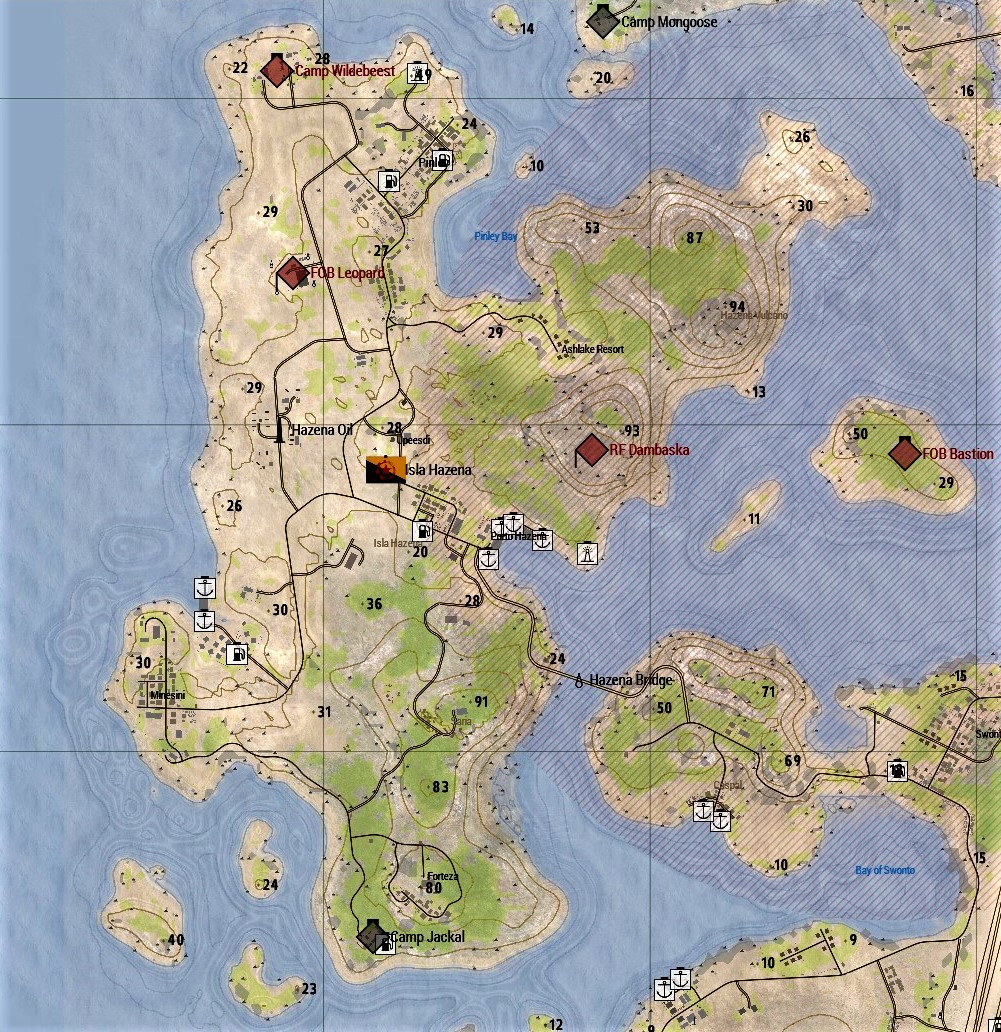 Molatian forces on the island are well-supplied and well-maintained. Expect heavy resistance and fierce defence of the port areas. FOB Leopard houses several helipads for large helicopters. There is a small compound north of Minesini which is used as a holiday resort by the High General Anwar Bokassa. Destroying this favoured resort may help anger Bokassa and thus compromise his decision making.

The civilians on Isla Hazena have in most part been stranded on the island since we destroyed Hazena Bridge. Militariga Molatia forces have been restricting civilian access to the sea and there is no airport on the island. Thus, some of the civilians may have a negative attitude toward UNITAF personnel. Follow standard procedure when dealing with civilians- if they are not a direct threat leave them be. HQ advises, however that you stay on alert in civilian urban areas for traps or ambushes by militia forces.

Now that the main storm front has passed we expect weather to begin to return to very hot and dry- prepare accordingly.