Weather is reported to be wet with a chance to clear up around 8am.

French Resistance fighters may be in the area of operation, treat them with respect and they will aid you as best they can.

Ally forces will execute a static line para drop behind enemy lines and secure the town of 'Les Morinieres' they will then depart south and capture 'Le Vieux Chateau' with a number of smaller crucial objectives along the way. Ally forces must capture the Chateau if the expected counter attack from the nearby Neaville is to be held back.

Squads will board transport planes at a small air base in southern england and travel the 1:30hour flight to the Neaville Region. Upon reaching the drop zones the squads will move to their own objectives to follow;

Knight will be dropping to the north of the DZ and are to be the main attacking force against the town of Morinieres upon capture the squad will move to phase line 2.

Knight is to move towards Le Chateau de Gondry and set up an overwatch position towards the Chateau.

Archer is to move to the farmstead to the north of the Chateau and set up an overwatch position towards the Chateau itself.

Both Teams are to attack the Chateau from the north and east respectively, once the Chateau is captured the 2 squads are to set up defensive positions ready for a probable attack from the town of Neaville. 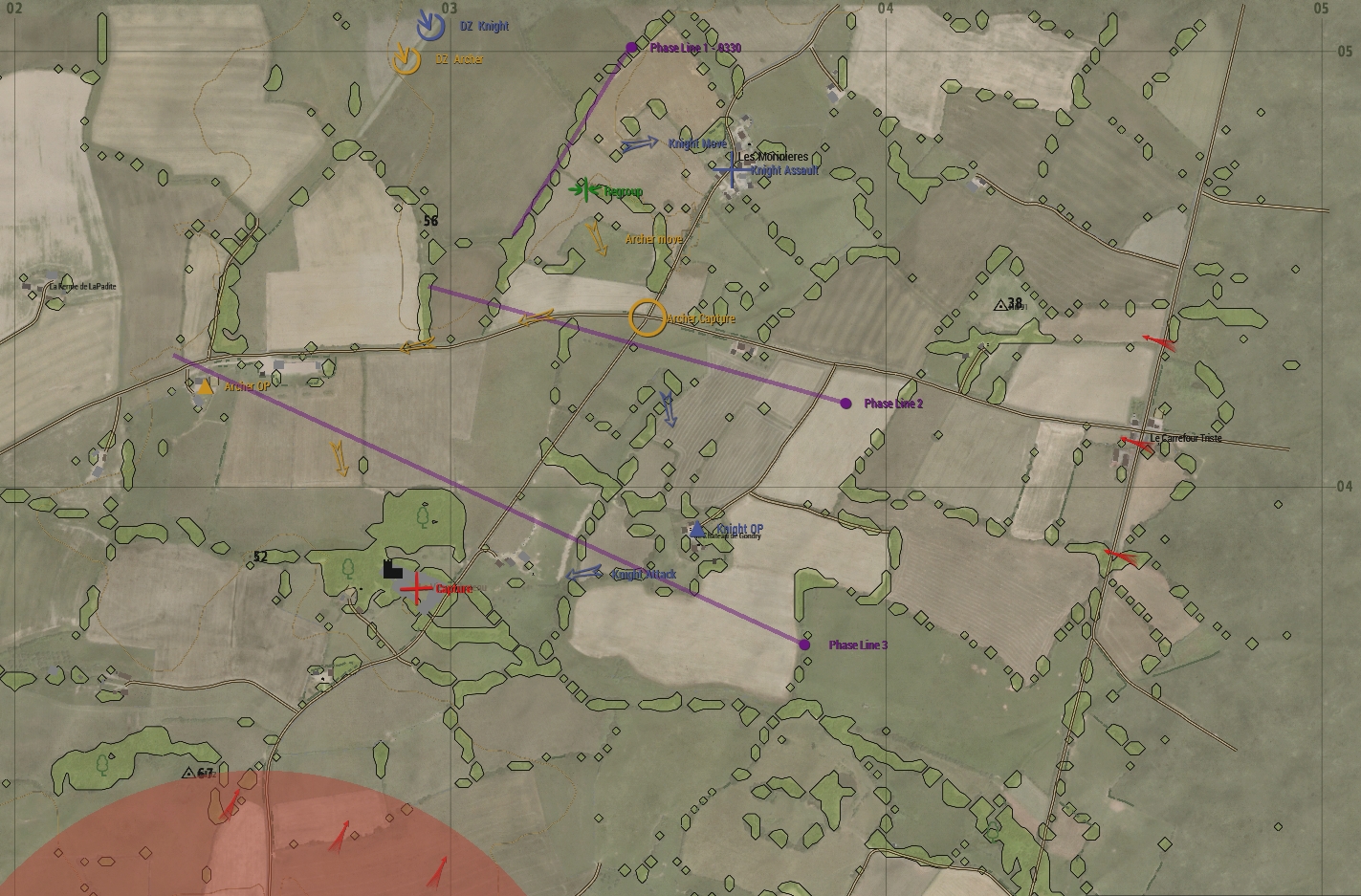 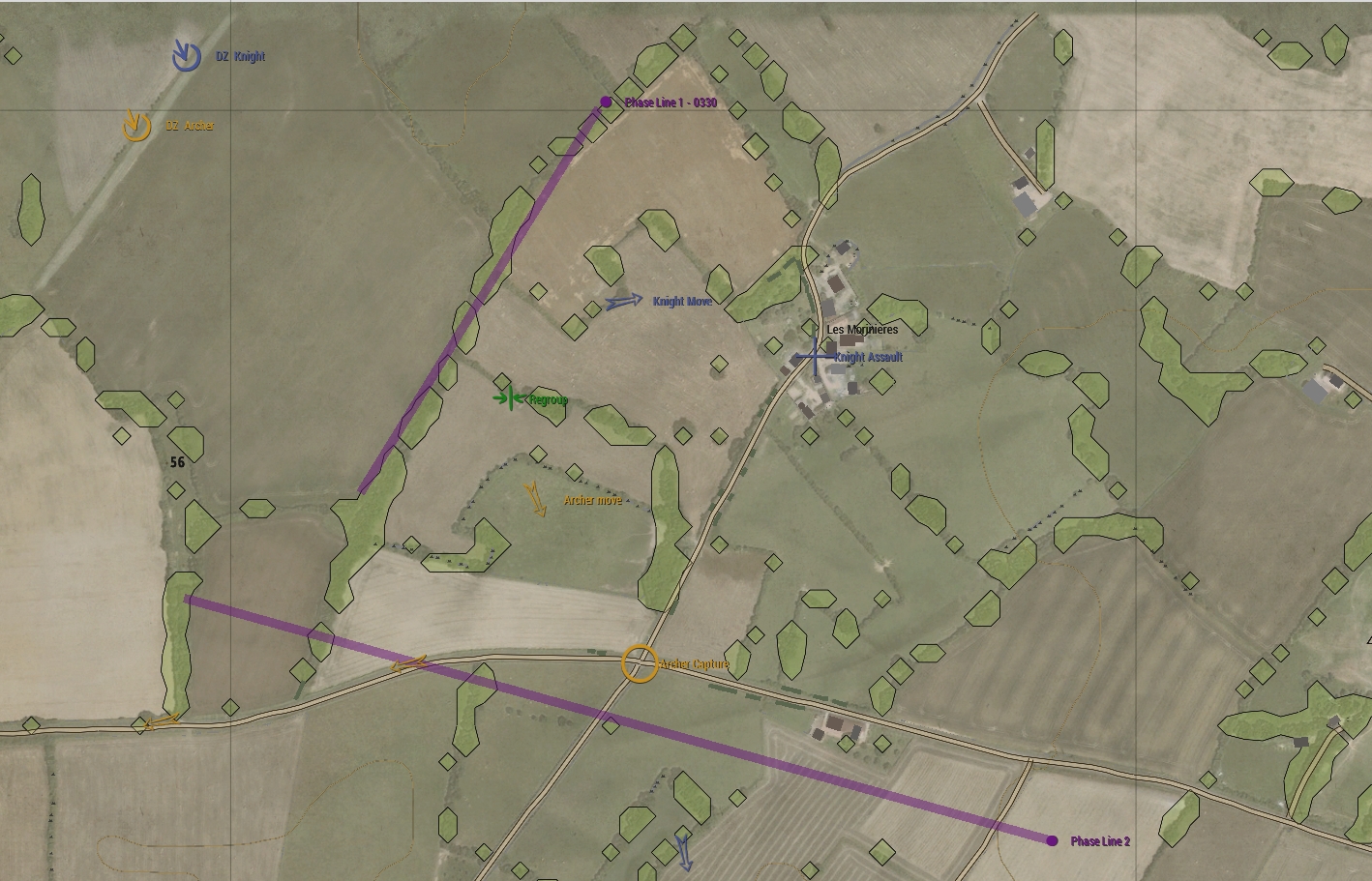 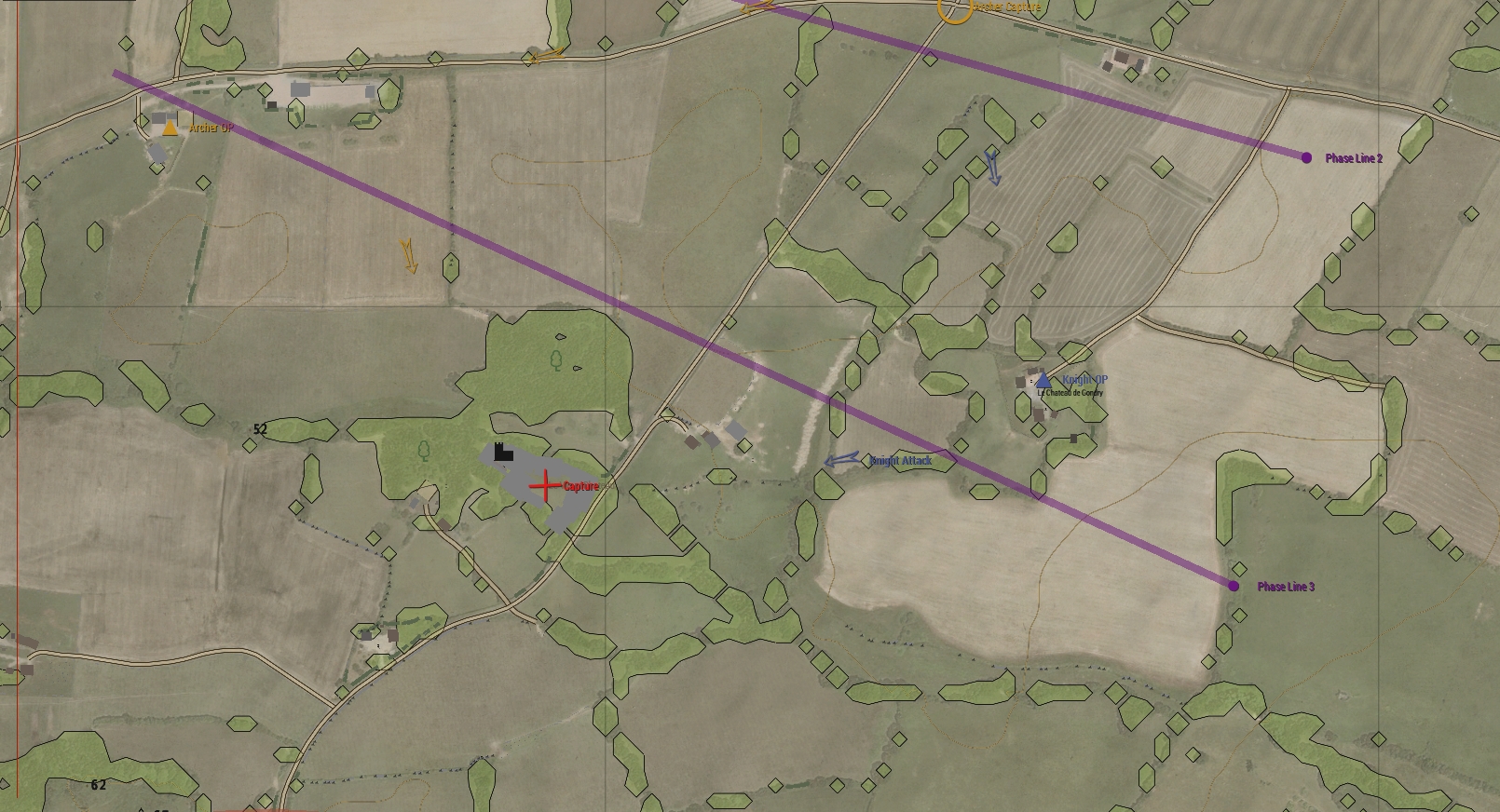