We are a peacekeeping force that have been sent into Anizay to help the friendly force of ANA (Afghan National Army) defeat the insurgent force.

1x ANA Fireteam (Bravo 2)...... (NOTE If your a rec or english isnt your first language this is the squad for you)

Other Friendly forces are also operating with in this AO, with friendlys base out of FOB obeh, FOB Nauzad and Landay Airfield. 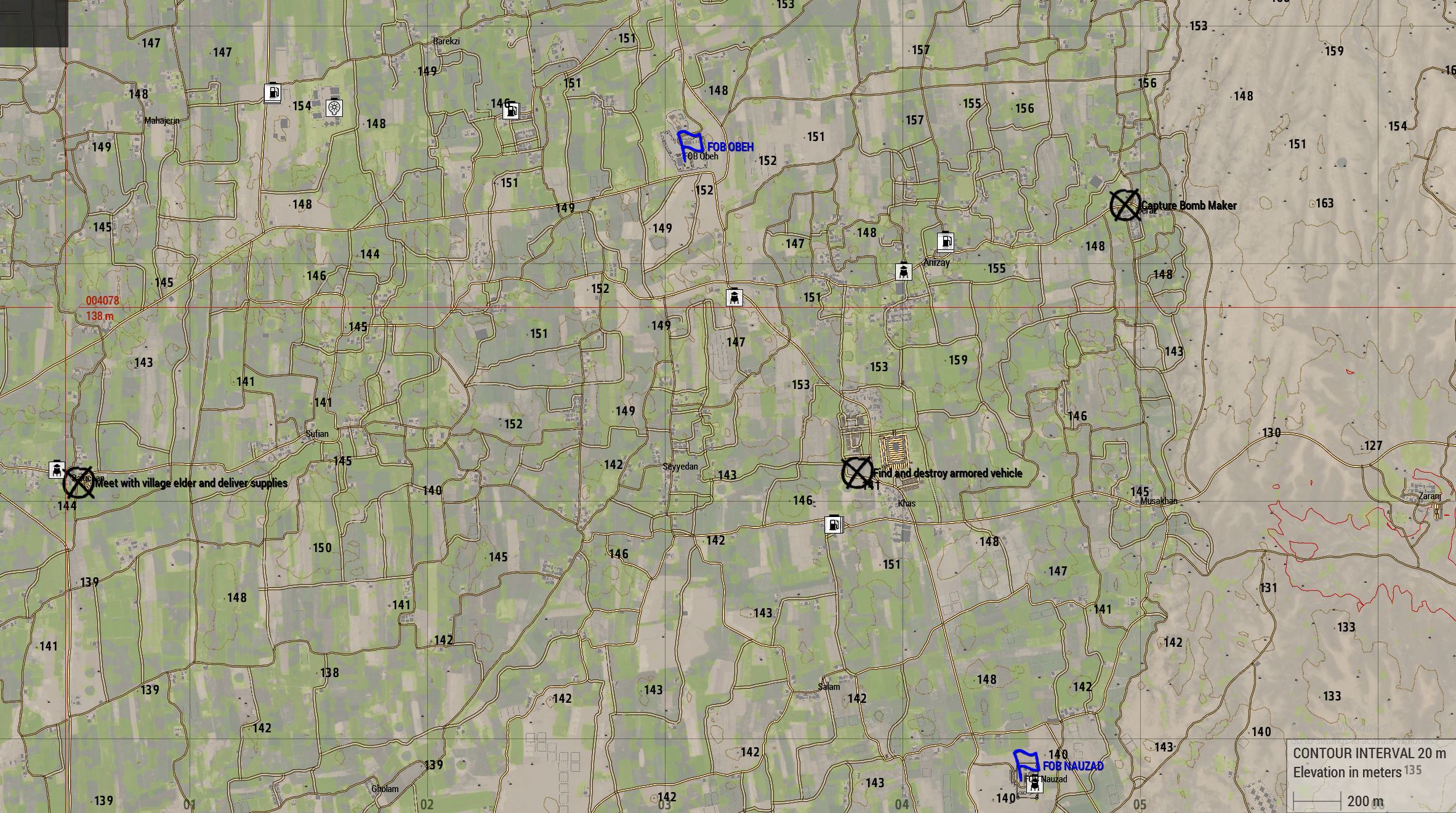 Meet with Village elder and deliver supplies to improve the relationship with the Civilians.

We have made contact with a village elder in the town of baluchan (005070) and they have requested that we assist them by delivering some food, water and medical supplies.

The ANA at FOB Nauzad have been under siege from several armoured vehicles. Our Uav reports that there are approximately 3 armoured vehicles hiding within the town of Khas (039070). Your job is to destroy them.

We have intel that reports an HVT code name (NAME OF RP'ER) has a workshop set up on the outskirts of the town of Deraz (049082). (NAME OF RP'ER) is known to protect his workshops by surrounding them with Civilians and is known to be very curative on how he deploys his weapons. Command have demanded that we capture (NAME OF RP'ER) alive so we can question him for information.

Disarm all IED that you come across. Avoid Explosions.

Currently the Civilians are not to fond of us, We are take ever opportunity to improve our relationship with them.

THE TASK FORCE IS AUTHORIZED TO USE LETHAL FORCE AGAINST ANY MILITIAMEN THREATENING OR SHOOTING AT THE TASKFORCE; ANY ARMED CIVILIANS ACTING WITH CLEAR HOSTILE INTENT; ANY CREW-SERVED WEAPONS.

ADDITIONALLY, THE TF IS REQUIRED TO MINIMIZE COLLATERAL CASUALTIES AND PROPERTY DAMAGE AND TREAT ANY PRISONERS OR DETAINEES HUMANELY.

Try out run for mod

For this mission we will be trying out a suppression mod let us know in the AAR’s if you like it.