After a successful assault into Molatian mainland settlements, the West coast of Molatia has been secured. This has allowed the Afrene logistics corps to set up supply routes to and from Taris Island and Isla Hazena, further securing the footholds there and allowing them to bolster the forces on these islands. Many civilians are rallying to the Afrene cause, attracted by the democratic and social freedoms offered by the government led by PRESIDENT MENGISTU RAWLINGS. The Afrene government have been leading a publicity campaign of sorts, denouncing HIGH GENERAL ANWAR BOKASSA's many war crimes and breaches of human rights. The unfortunate side effect of this is increased radicalisation of Molatian-sympathising civilians, with several new militia groups coming out in support of the High General. 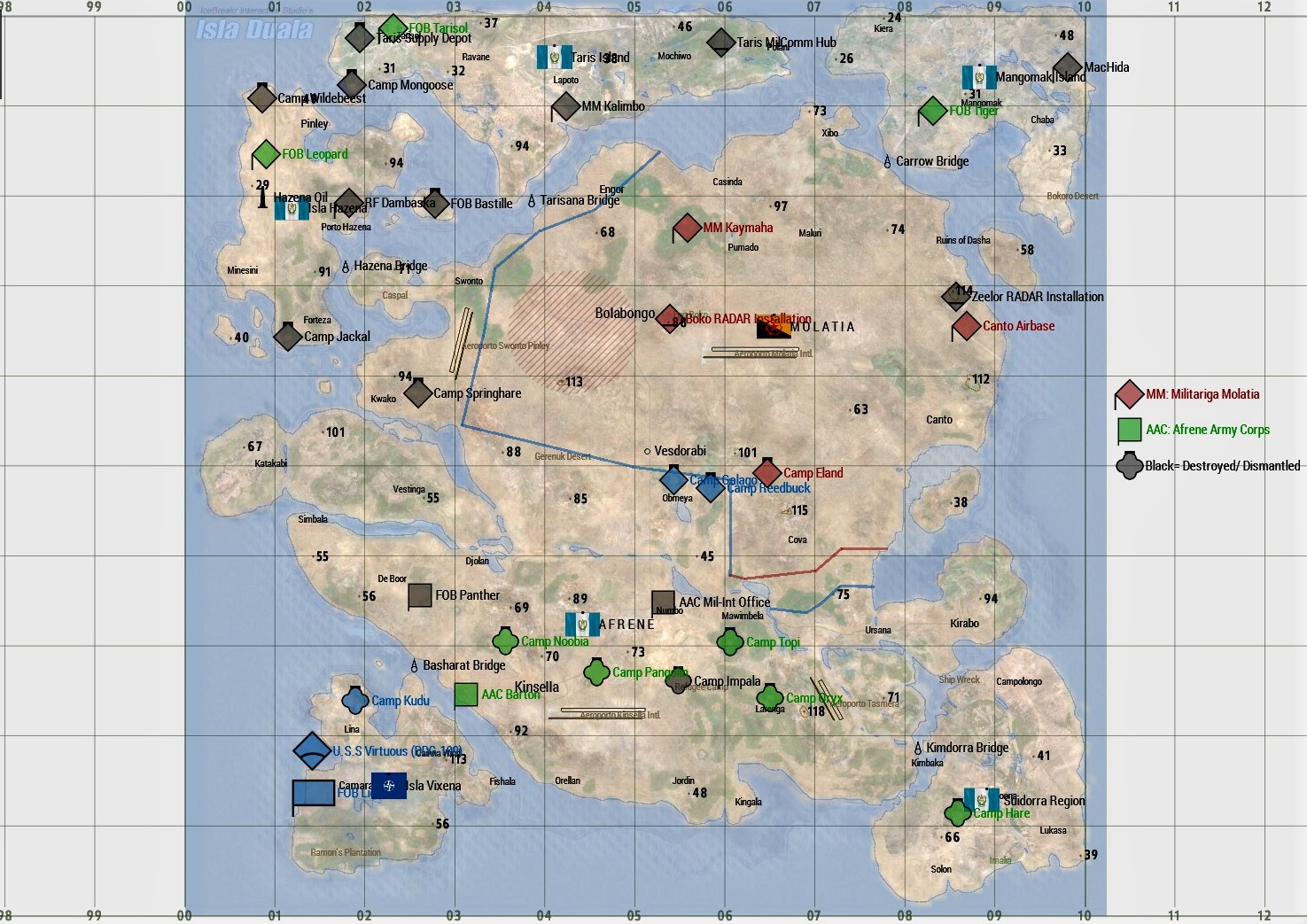 Whilst the AAC are busy rebuilding infrastructure and securing defensive positions, UNITAF elements are tasked with further encircling Bolabongo and neutralising the main Molatian airstrip: Calaami Airbase. Securing air superiority before the main assault on Bolabongo will help to ensure a smooth final assault and transition of government.

In order to achieve an encirclement of the city of Bolabongo friendly forces must secure MM Kaymaha, Caalami Airbase and the town of Vesdorabi. Further settlements and military installations around the city are secondary objectives and may be taken to increase security and provide a larger buffer zone against enemy forces.

COMMANDERS INTENT: The commanders intent is to focus primarily on PRIMARY assigned objectives and only tackle SECONDARY objectives when they fall directly in the way of the completion of PRIMARY objectives. Moving from south to north, to capture Vestoravbi, Hill 83, the Airbase, and Phase 3 and 4 Sectors in sucession.

At all times, keeping out of sight of Bolobongo. 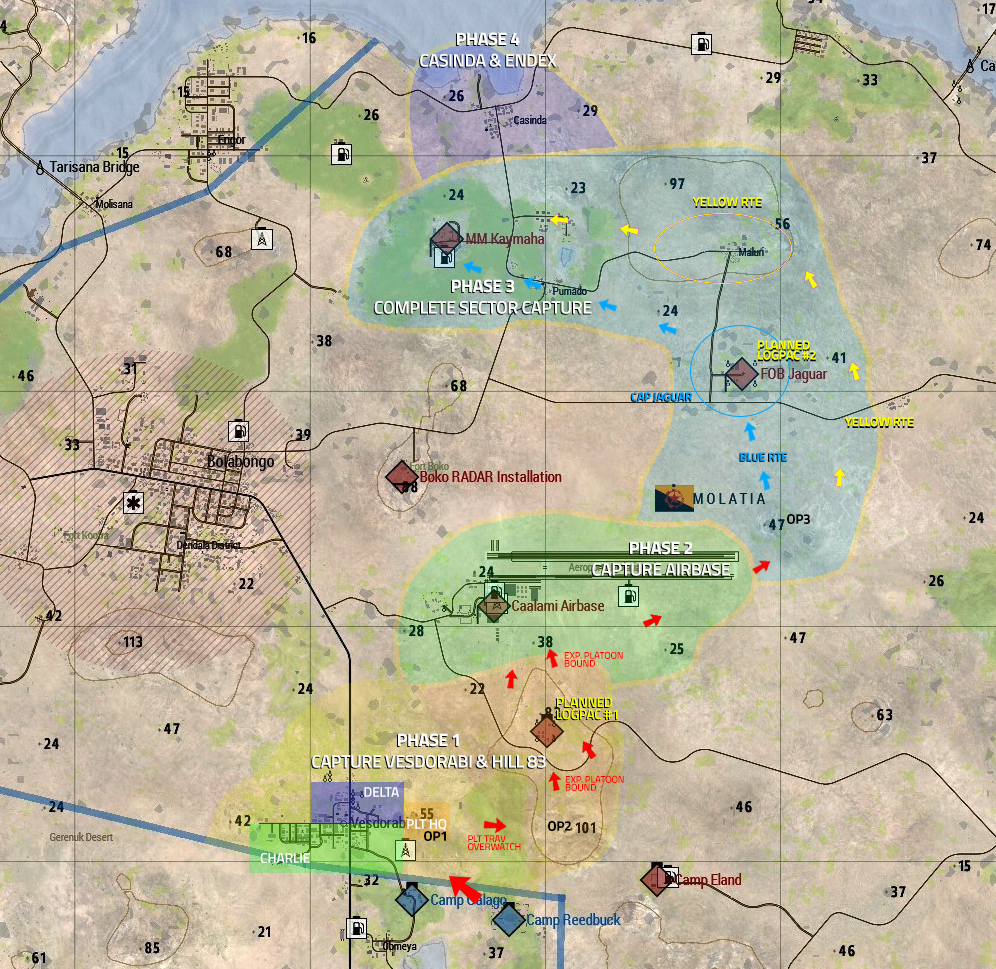 SHOULD ALL PRIMARY OBJECTIVES BE MET, THE OPERATION WILL BE CONSIDERED A SUCCESS.

BATTLE DRILLS AND ACTIONS ON

AAC forces are in the process of securing the footholds UNITAF elements took last mission. Afrene engineers are constructing field defences to hold the line whilst the encirclement of Bolabongo is completed. Afrene-aligned militia forces have been conducting guerilla warfare against Militariga Molatian assets and troops. Keep an eye out for potential allies in the field and be aware that there may be fighting already happening in the AO you're heading to.

Whilst the Militariga Molatia is operating at a heavily reduced capacity, the smaller zone of control that they have to assert themselves over means that you will still face fierce resistance, bolstered by militia forces aligned to Molatia. A new group calling themselves 'Daahirnimo' (which translates to Purity) have been noted using incendiary equipment and stealth tactics.

A large number of civilians are caught in the various settlements and areas UNITAF will be operating in. Treat them humanely and understand that their homes have been destroyed over the course of this campaign, and many civilian lives lost.

Expected forecast is for cloudy weather and highs of 29 degrees.