Despite a determined assault on the part of UNITAF forces during Day 9, Molatian forces put up a more effective fight than initially expected. For Day 10 of Operation Pavise UNITAF will complete the remaining objectives of the previous mission, with the expectation that more of the secondary taskings (if not all) may be completed in the extra time afforded. Meanwhile, Afrene forces will assault and secure the town of Canto and surrounding Militariga Molatia assets alongside a small NATO attachment. 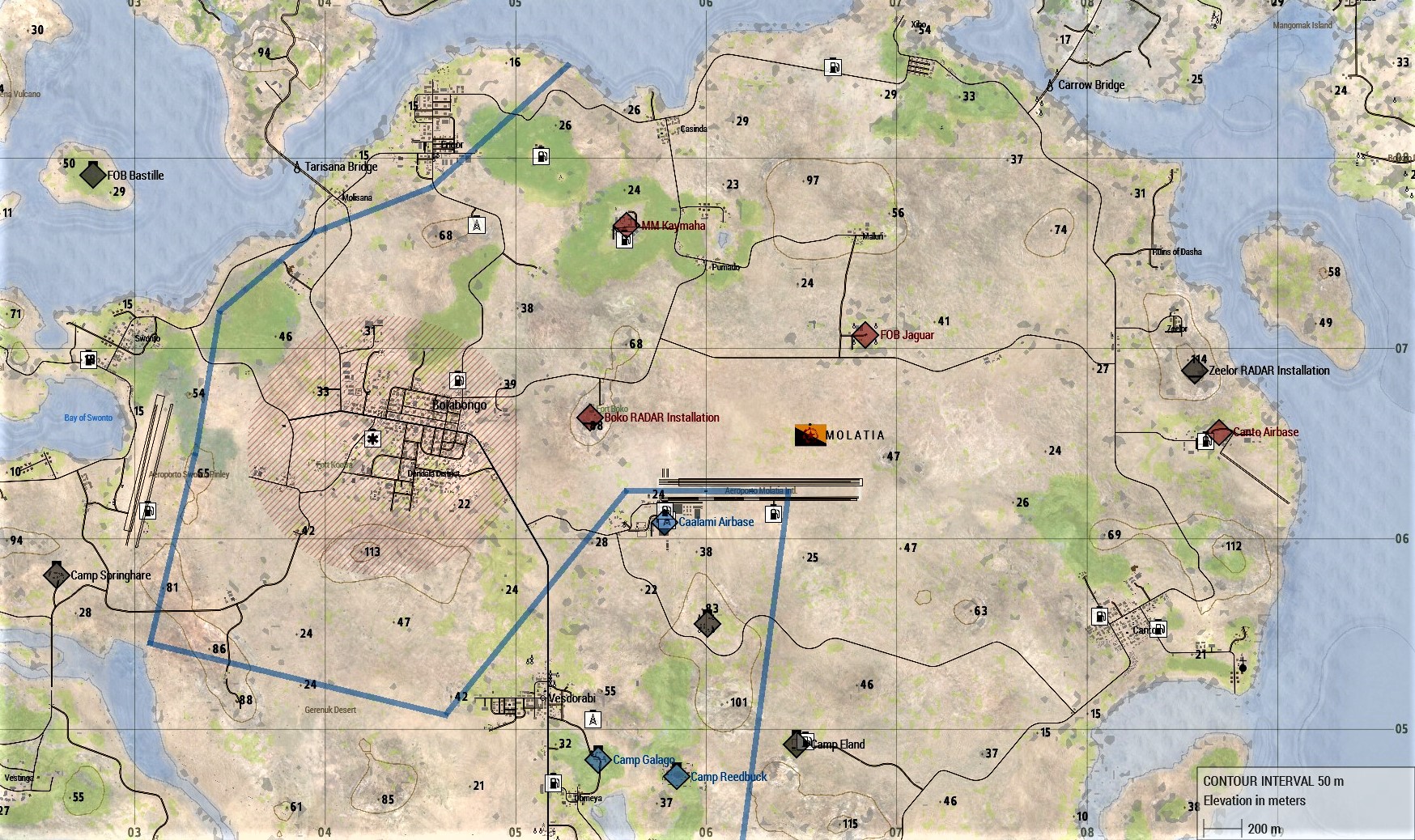 With the intent of completing the encirclement of the capital before the main siege can begin, UNITAF are directed to secure MM installations and civilian settlements to the East and North-East of Bolabongo. 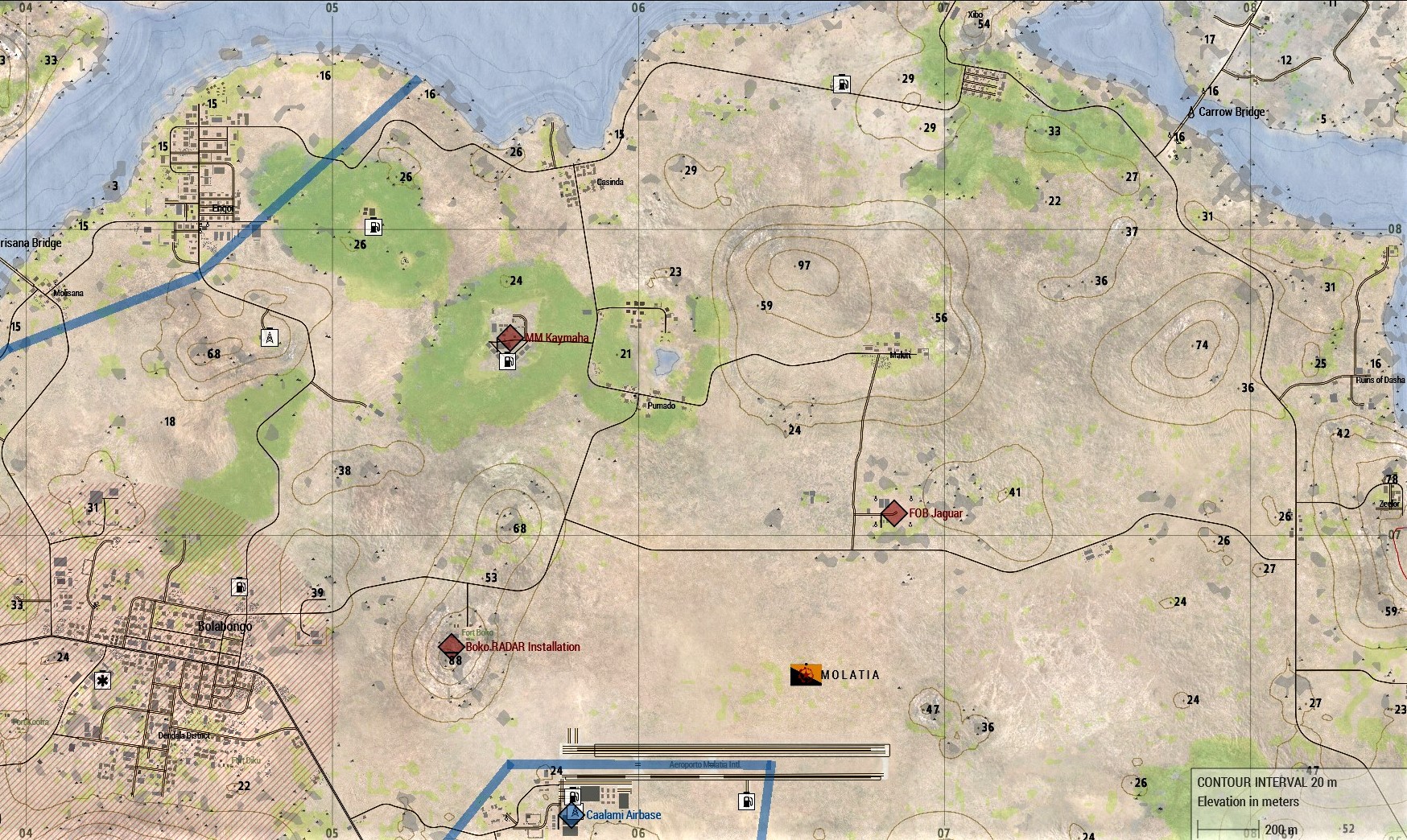 Afrene Army Corps and NATO elements will be pushing North from Ursana in a convoy assault towards Canto. They will begin at the same time as UNITAF's mission start to help split the attention of any potential Molatian QRFs.

Expect continued fierce defence from the remaining Molatian forces. The vast majority of the Molatian military is heavily indoctrinated, however we have seen several surrenders and we are anticipating more as their position becomes more clearly untenable. Deal with POWs and surrendered combatants in accordance with unit SOP.

Night is rolling in and darkness will fall later during the operation. The moon cycle is currently favourable and cloud cover is not too heavy so NVG equipment should be effective enough for this not to be an issue.