The final hours of the campaign against Molatia are closing. Bolabongo is now encircled by NATO and AAC forces in preparation for the final assault. Scouts have been attempting to recon the city with little luck- the hills surrounding Bolabongo are patrolled and constantly watched by garrison forces, meaning any elements out on the hills are exposed to heavy enemy fire. Afrene forces believe they have found the fort occupied by High General Anwar Bokassa, on the North side of Bolabongo. It is imperative Bokassa be captured alive if found; he will be instrumental in forcing remaining Molatian forces to stand down and organise a cease fire.

A UNITAF special operations team is being dispatched in the early hours of Day 11 to deal with Xibo and FOB Jaguar. Once these objectives are secure the assault on Bolabongo will begin.

The city is expected to be heavily fortified and the Militariga Molatia remaining there fiercly loyal to Bokassa, expect a tough fight to secure the final frontier of Isla Duala. 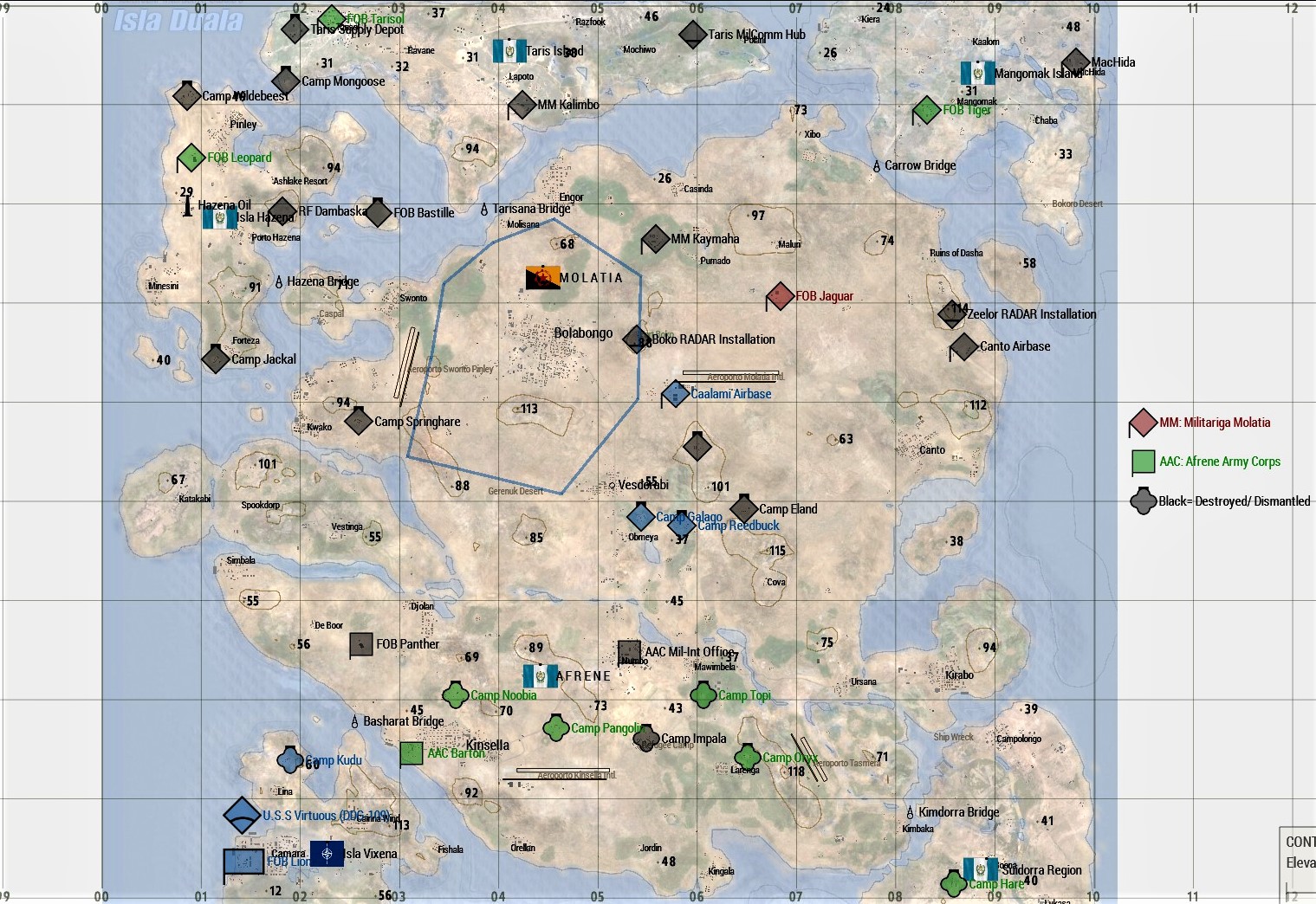 The overarching objective for Day 11 is to secure the city of Bolabongo and capture High General Anwar Bokassa in order to force a cease-fire. The Afrene Army Corps will be aiding us in this assault from the staging areas at Engor and Swonto. They have requested that UNITAF elements deploy and assault the city from the East/ South. Civilians are to be treated humanely and extracted whenever possible. 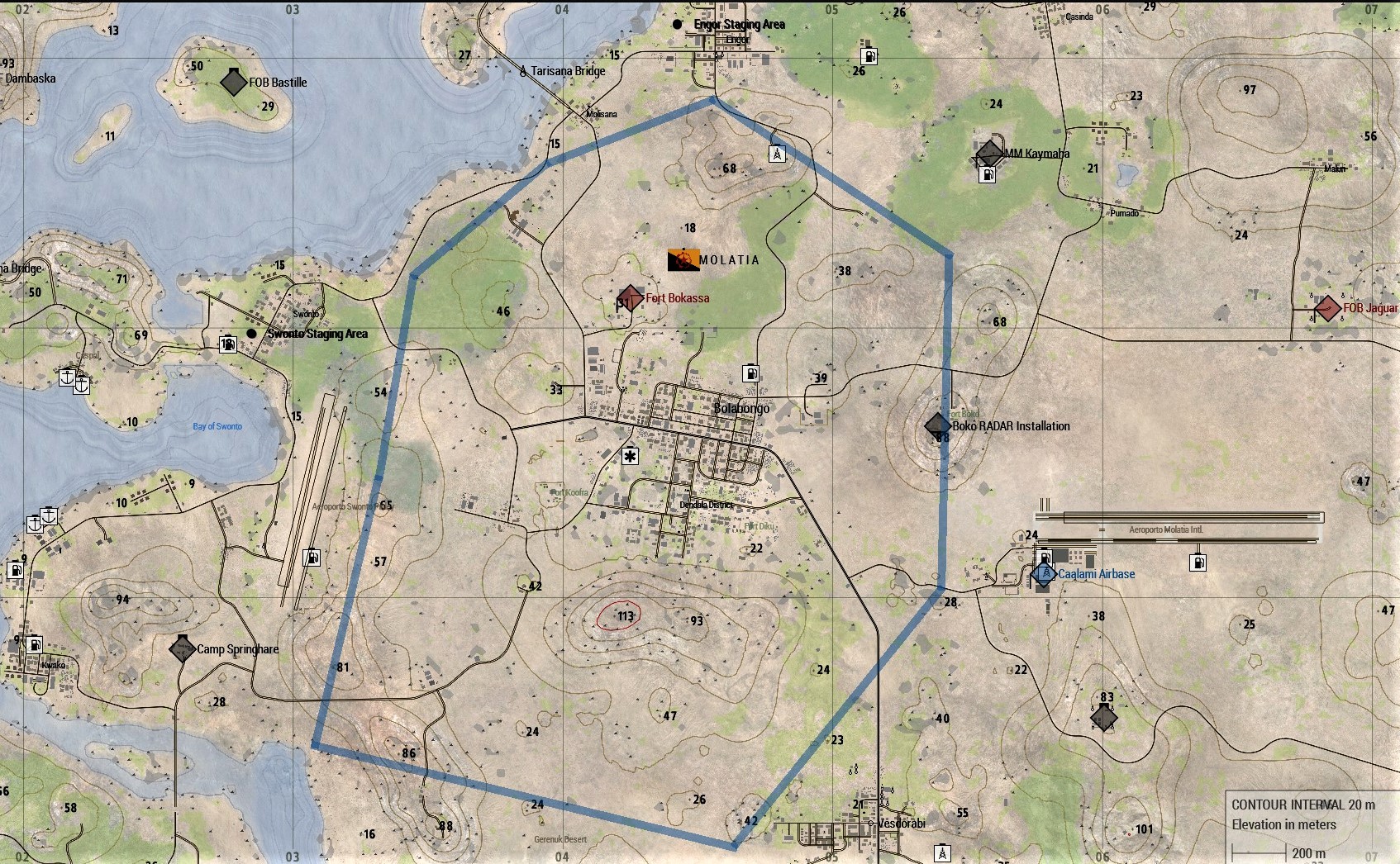 Due to the complex nature of this assault, our participation in it results in a radial counter-clockwise phasing to encompass priority objectives in sequence, with an expectation that there is a high likelyhood that further recon or HUMINT will identify the position of the Chemical Weapon somewhere during PHASE 2, requiring all forces to be re-tasked. 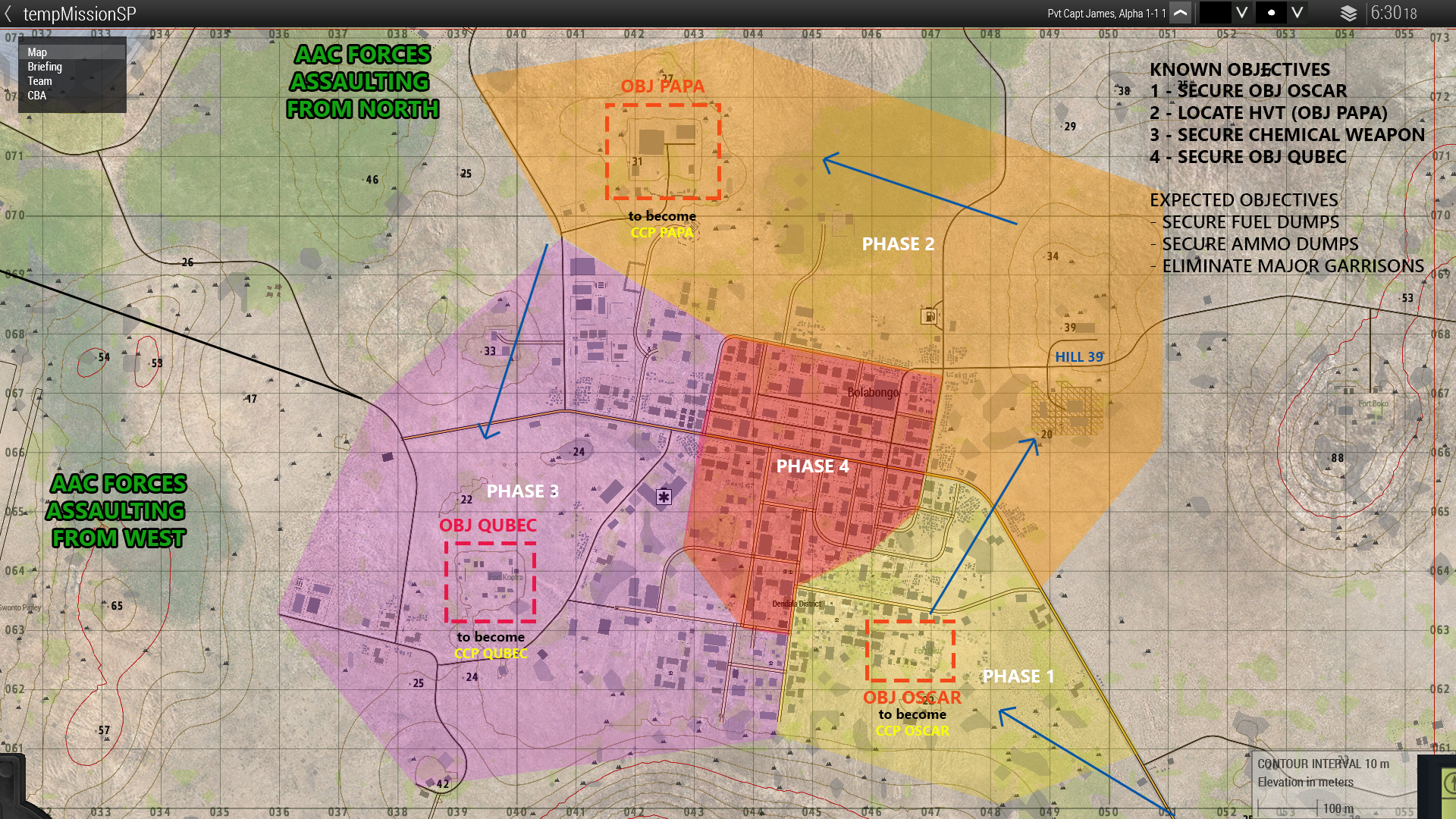 Afrene elements will deploy from the West and North of Bolabongo. Be on the lookout for friendly troops, vehicles and airframes.

The enemy are completely cornered and will fight as such. Expect heavy resistance and fanatical attacks by Molatian-sympathising militia groups, the Daahirnimo in particular. MM forces no longer have access to fixed wing assets and are only able to field whatever rotary aircraft they managed to bring to Bolabongo. Expect heavy armoured presence in the AO as well as man-portable AA and AT.
Enemy garrisons and patrols cover the hillsides watching Bolabongo almost constantly, and Afrene agents believe mines may be in place in sections of higher terrain.

The city of Bolabongo is primarily a civilian settlement. Molatia likely has emergency bunkers for the majority of the population but expect many to be above-ground and trapped. Any non-combatants are to be extracted from the AO where possible to prevent unnecessary loss of life. Be aware that some civilians may be radicalised against our cause; PID is paramount in Bolabongo.

A light fog is rolling in over the night and expected to peak at dawn. As this is the time the special operations team is due to finish with Jaguar and Xibo, expect to be fighting in fog. Highs of 29C and humidity above 77%.