The world is in uproar as the Indonesia government has fallen into disarray caused by the pressure of the Russian state, they now follow the communist government of the Kremlin.

To uphold the law and the “peace” the Kremlin has sold significant assets to the now Communist Indonesia. Because of the change of attitude, Malesia has invested a lot into their military. After few months of troubles Brunei, the small island state, has asked NATO for an assistance force to protect its sovereignty.

As part of Task Force 55, and Task Force 56 and United Task Force, together with the US Navy strike force from the 5th fleet consisting of a Nimitz class Supercarrier, LHD and 7 destroyers. UNITAF holds command seniority over NATO forces, awarded by NATO for our experience in dealing with political fallout.

On Friday, UNITAF commanders met with Brunei’s leading military figure, General Jermain Koepp - who updated us on the situation in the region. During the meeting, a large scale attack was launched on the north coast of Brunei, killing one of our own, and injuring many others. Thankfully, the casualties, General Koepp and UNITAF commanders we extracted successfully by pilots of the US Navy strike force, and returned to the USS Khe Sanh, UNITAFs assigned destroyed for the deployment.

Though all-out war is undesirable, we've been ordered to use any means necessary under Article 5 to defend Brunei from this unprovoked attack by a foreign power. 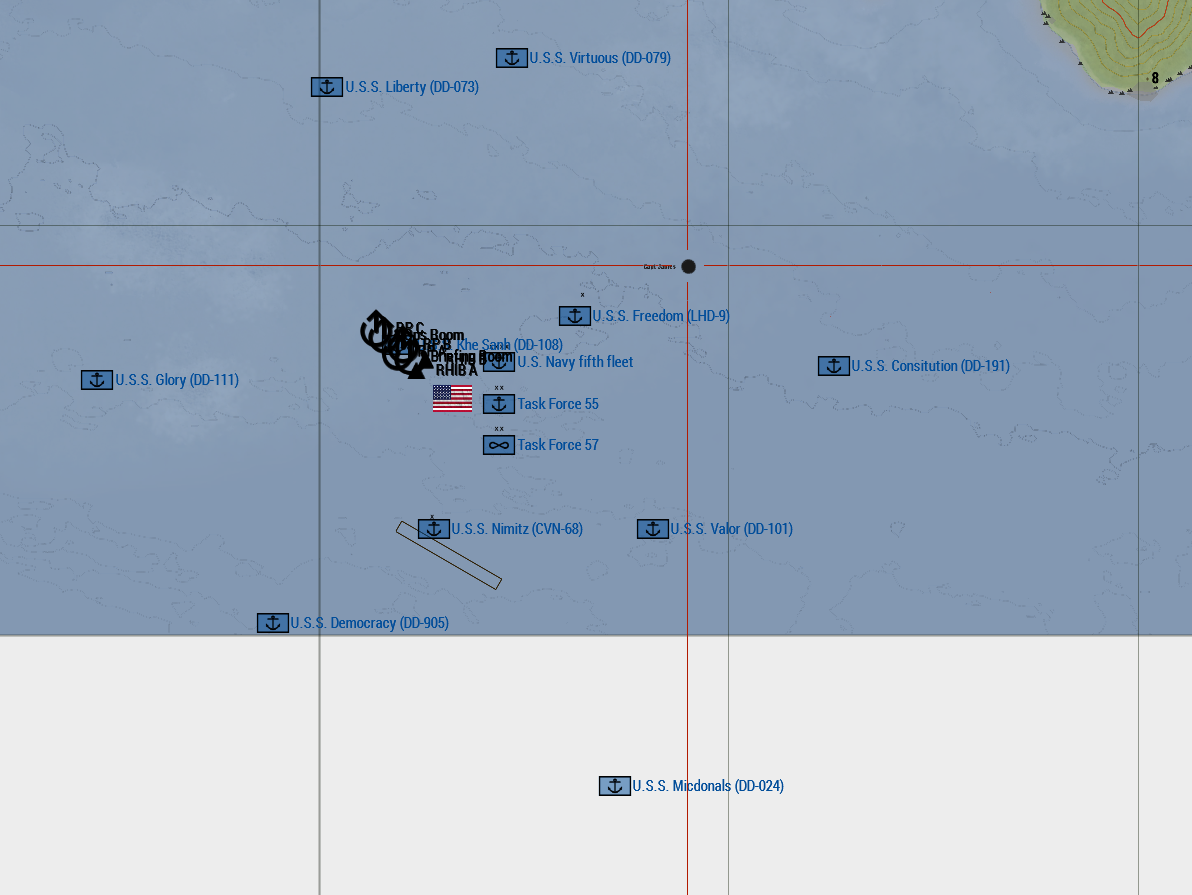 Brunei has requested NATO bolster in-land key installations to prevent the total destruction of the small island state. We are tasked with the protection of the only airport in Brunei used for both civilian and military mobility; Saint-George airstrip, which lies north of the port town of Lijnhaven.

Brunei military intelligence believe that the enemy force will mount an assault on this key installation, in order to prevent supplies being brought in via the naval and aerial supply routes. While such an assault would be difficult, and put the enemy force in range of the Fleet, an inevitable showdown is expected after months of stand-off. 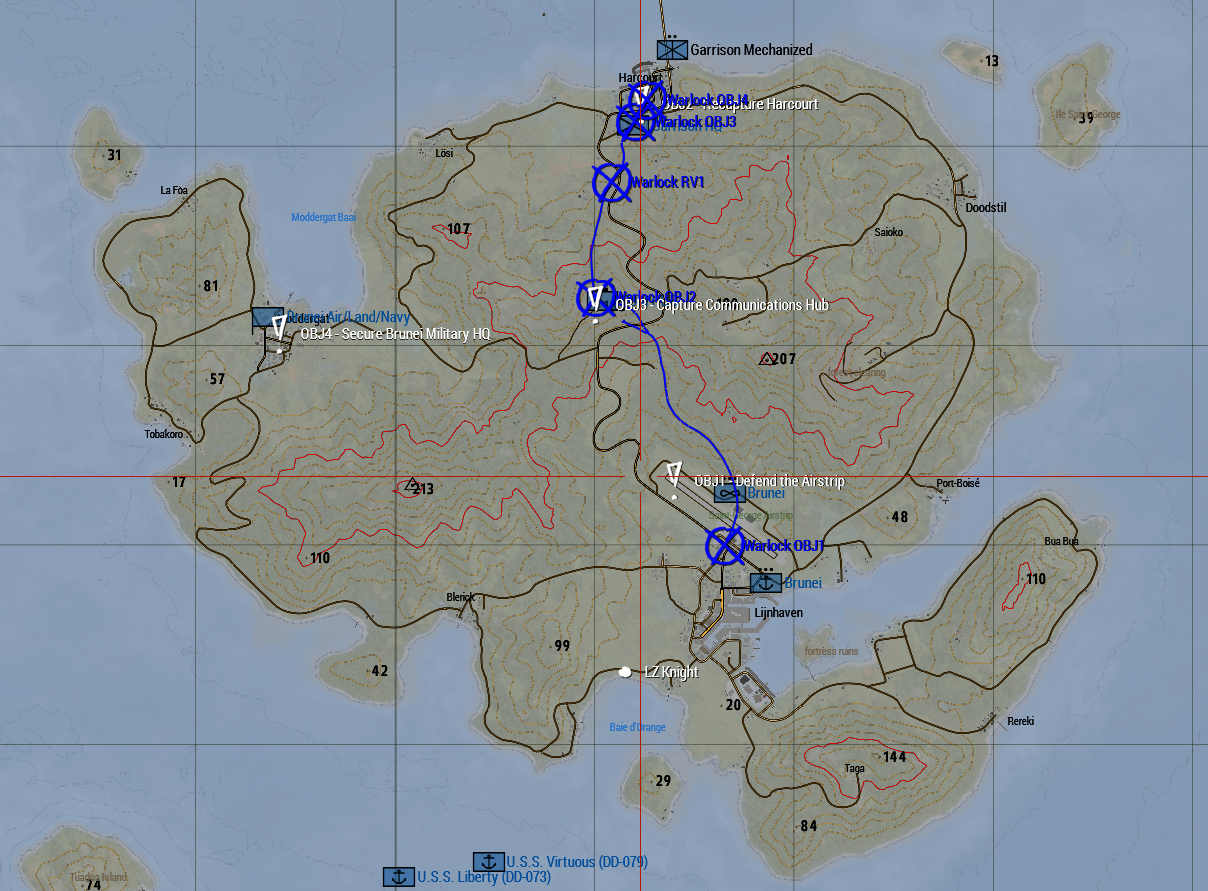 From the USS Khe Sanh (DD-108) our force will be split into two key elements.

Brunei's military command is incompetent at best and due to a high level of corruption at the government level many of the senior commanders have little to no military experience.

Through our meeting with BMC on Friday, we identified several hostile installations on the north side of the border bridge in Harcourt, with approximately 1 Coy sized Mechanized infantry, 1 FOB and several checkpoints the enemy are using to prevent crossings from the south.

We expect efficient enemy ground force skills, as well as the deployment of APCs. Our air units should repel any enemy fixed-wing or rotary air assault.