Background Information
After regrouping from heavy casualties from Sea Devil 2, the USMC is tasked to push west again. Tasked with moving along the main MSR westward in a Blitzkrieg like manner to secure the northern side of the capitol, cutting it off from the north of the island. This will cut off the capitol making it easier to secure for the USMC.

Tasking
Push west from our beachhead to create an encirclement around Bagango, securing any objectives along the way.

Commander's Intent
The purpose of the mission is to gain a bigger foothold and encircle Bagango in preparation of operation Dying light. 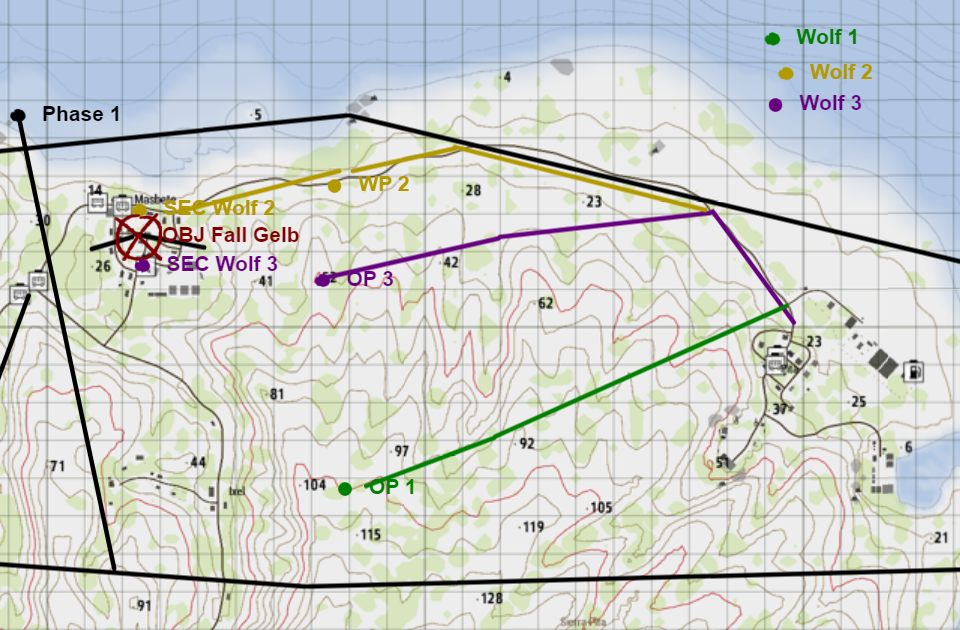 Phase 2: The platoon will mount into their respective vehicles and move to OP 1-1 and dismount. - dismount will be earlier if we run into contact. Wolf 1 will stay OP 1-1 to provide overwatch for Wolf 2 and 3 - Wolf 2 will move north into the outer buildings Benema and move into the main town after clearing it - Wolf 3 will move into Benema to start clearing it Wolf 1 will move and clear the and defences south of Benema when they are not needed on OP 1-1 anymore. 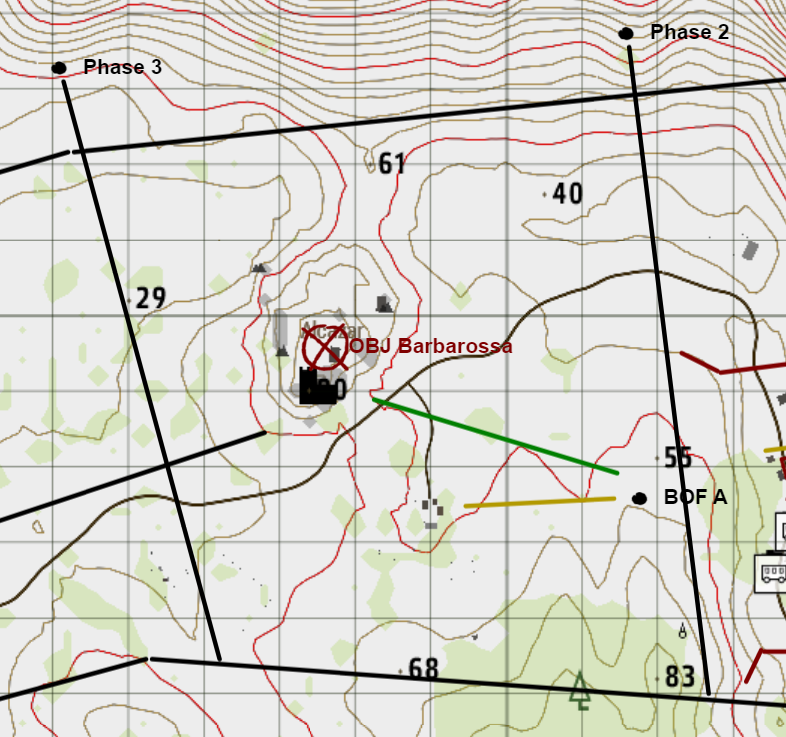 Phase 4: Will be worked out in the field but general plan is to move up to the bottom of Valle de Carmen, dismount and push up to clear the FOB north of objective Geier in a platoon formation. 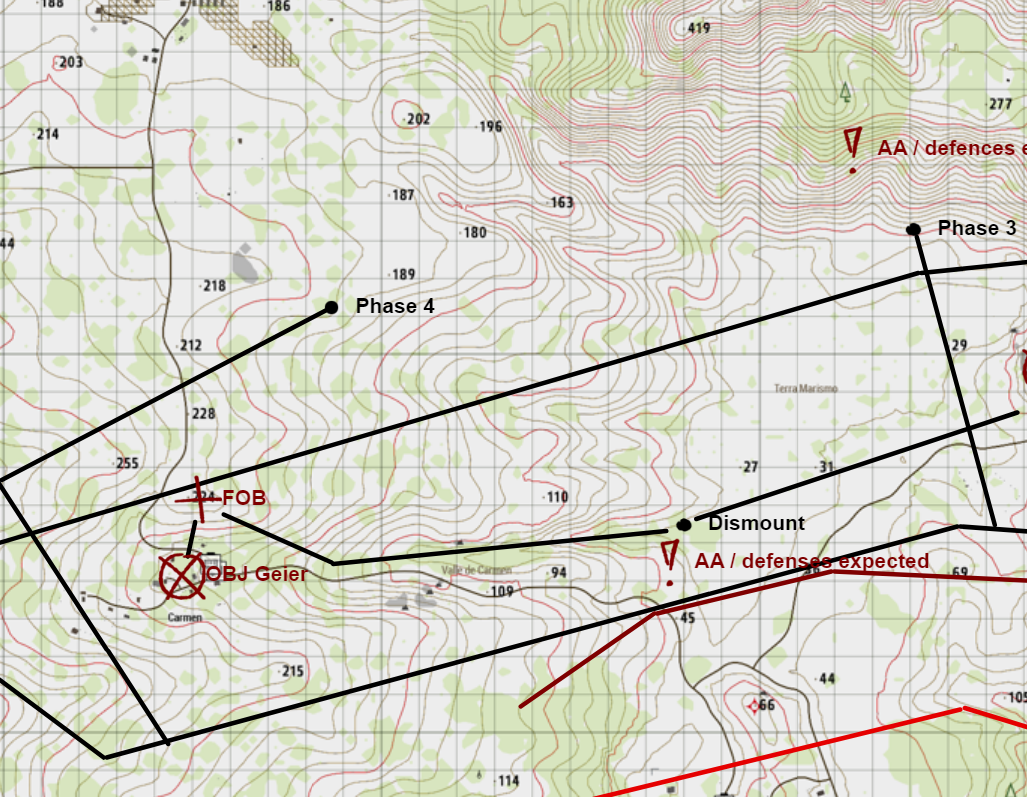 Resupply
GROUNDHOG will provide logistics and medevac voor Wolf & Badger. - Resupplies are expected at the end of each phase