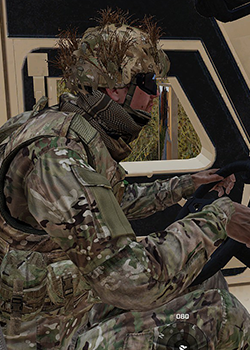 A gunner is tasked with employing the crew-served weapon system of the vehicle, or in the case of many vehicles, the Remote Weapon System (RWS). Due to his elevated position or the use of an RWS sensor, he has better observation of the terrain than the rest of the vehicle and communicates what he sees to help maintain the rest of the vehicle's situational awareness. A gunner does not dismount the vehicle unless his crew-served weapon is empty, when he is directed to by his team leader, or when the command "BAIL OUT, BAIL OUT, BAIL OUT!" is given. 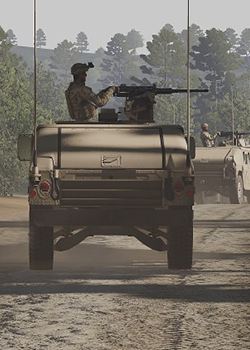 
The driver is typically the junior member of the crew. He moves the armor in a tactical fashion from one tactical position to another, at the commanders orders, locating and positioning the armor in hull-down and other protected positions when possible, with the assistance of the Vehicle Commander (VC). Scanning to the front for mines, satchels, IEDs, and other threats or suspicious objects (such as oddly parked cars) that may be placed in his path all the while listening to the commander or gunner for movement orders. Finally, staying alert of friendly infantry positions and attempting to avoid them when tactically sound. The driver should also attempt to communicate his intent to reverse when in tight terrain with infantry nearby (e.g. MOUT). 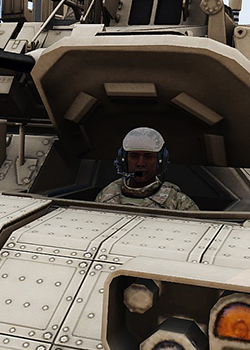 
The gunner is responsible for employing the bulk of the armors armaments. He scans for the enemy. A gunner who is not scanning constantly is not doing his job, calling out contacts as he sees them. This helps the armor commander prioritize his fires as needed. The gunner should be listening for and acting on the vehicle commanders orders. An armor gunner oftentimes has a restricted view of the surroundings compared to what the commander sees, so it is important that he listens for orders and direction from those that can see more than him. 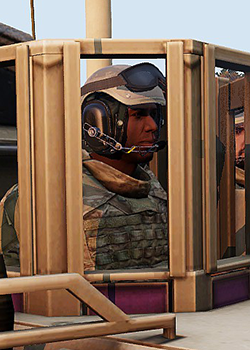 The commander is the senior member of the crew. He is in charge of his armor, and gives orders to both the gunner and driver in order to carry out whatever mission they have been tasked with. He directs the movement of his armor by giving move waypoints to the driver and giving guidance on how and where the vehicle should be moving, Coordinating with other armored vehicles or other friendly forces and scanning for and designating targets for his gunner, specifying the method of engagement if needed. The commander can also employ the commander machinegun for close-in defense of the vehicle, or fire against light targets at other ranges.

The tank driver is a similar role to that of the APC and IFV driver, the only difference being the size and firepower, and role of the vehicle being employed, in this case the Abrams Main Battle Tank (MBT) 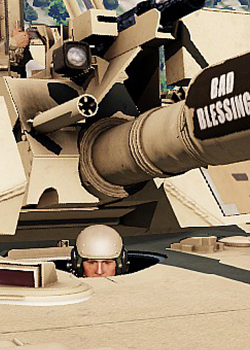 The tank gunner is a similar role to that of the APC and IFV gunner, the only difference being the size and firepower, and role of the vehicle being employed, in this case the Abrams Main Battle Tank (MBT) 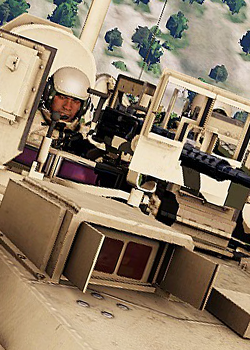 The tank commander (TC) is a similar role to that of the APC and IFV commander, the only difference being the size and firepower, and role of the vehicle being employed, in this case the Abrams Main Battle Tank (MBT) 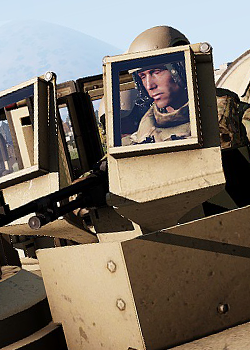