There are a number of things that can be done to limit the threat of anti-aircraft weapon systems. Several methods of tactical prevention are listed below, broken down by whether they're general methods or more specifically oriented towards gun or missile threats. In addition to that, countermeasure systems are discussed, as are evasive maneuvers.

Tactical prevention is simply the art of using proper aircraft employment and maneuver tactics to minimize the threats posed by enemy air defenses.

These guidelines can be used to protect you from any anti-aircraft threats, regardless of type.

These guidelines can be used to protect you specifically from anti-aircraft missile systems.

Aircraft have two main types of countermeasures - flares and chaff. In Arma 3, both are launched at the same time if an aircraft is equipped with them via using the 'countermeasures' key, though some mods may split them into different features that can be toggled independently.

Flares are burning objects ejected from aircraft to attempt to spoof infrared (heat-seeking) missiles. They typically dispense in a burst that takes a second or two to complete, leaving a dramatic flame and light show behind the aircraft. 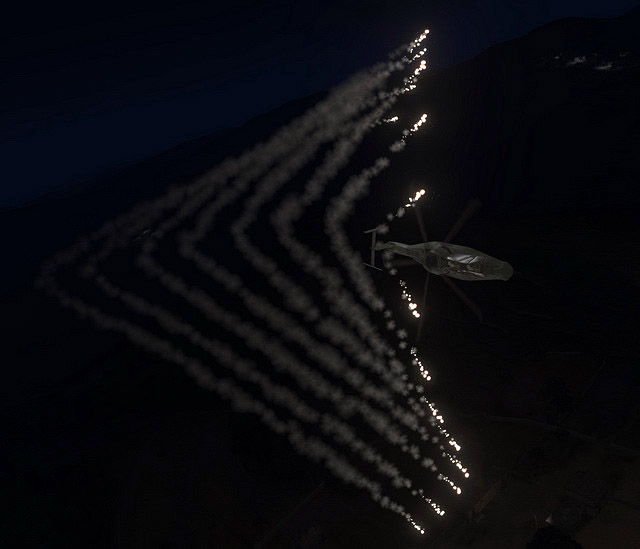 Chaff is a packet of thin metallic strips that spread into a cloud upon release and act to confuse radar systems.

There are several standard types of evasive maneuvers available to aircraft pilots, regardless of whether they're flying a jet or a helicopter.