How Threats are Classified

Throughout the course of flying in Arma you will be confronted with a variety of different threat weapons. Each of the main classifications of these threats is described below, via a "Capabilities, Indicators, React" info breakdown. The "CIR" rating is intended to answer the following questions.

Small Arms Fire is generally the most common threat to aircraft on the battlefield. While they pose little threat to jet aircraft, they can be a major issue for a helicopter crew that does not exercise proper tactical judgment while flying. Small Arms are anything typically employed by the infantry - light and medium machineguns, rifles, et cetera. Their Capabilities, Indicators, React (CIR) info is as follows.

Heavy machineguns, crew-served weapons, and anti-aircraft artillery are a common threat. They are similar to SAF in many respects, but pack a heavier punch and have higher accuracy at range. Their CIR info is as follows. 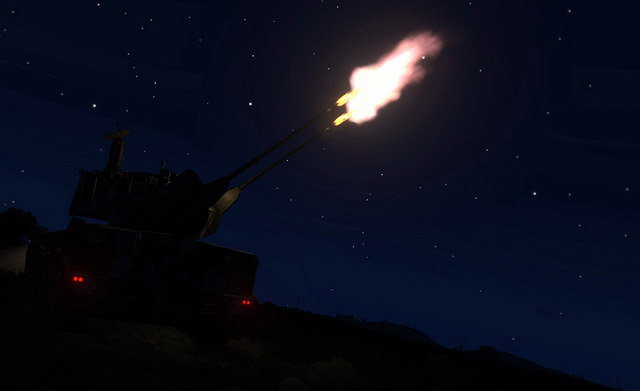 Anti-tank assets are generally used in "target of opportunity" situations against slow & low helicopters. It requires a great deal of skill (or luck) for an AT shooter to take down an aircraft with an unguided rocket, or a great failure on the part of the aircraft crew to allow such a shot to be successful. The CIR info for AT is as follows.

Missile systems tend to pose the most serious threats to aircraft. Their guidance systems allow them to track even the fastest jets, while their warheads can wreck an aircraft with a good hit. 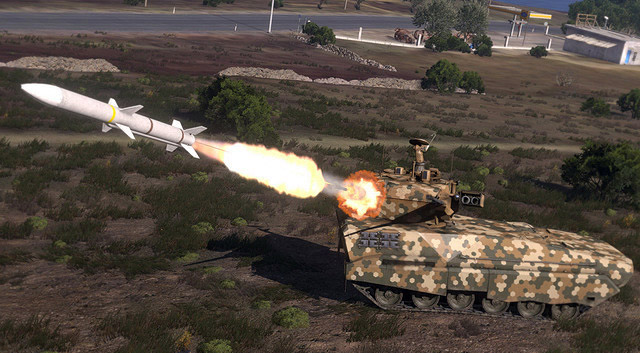 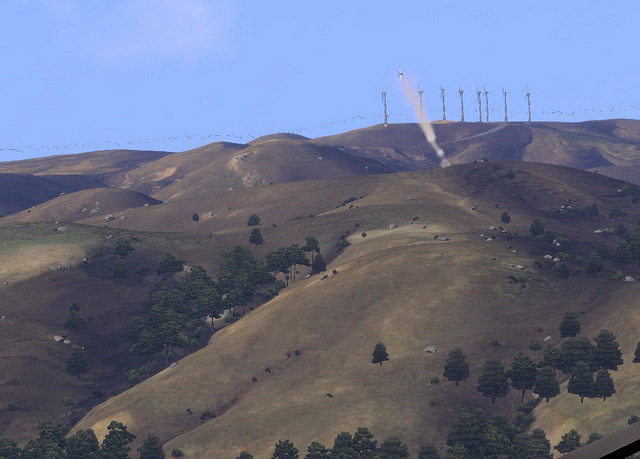 Smoke trail of an anti-air missile as it launches. By the time you see this, you only have a split-second to react. 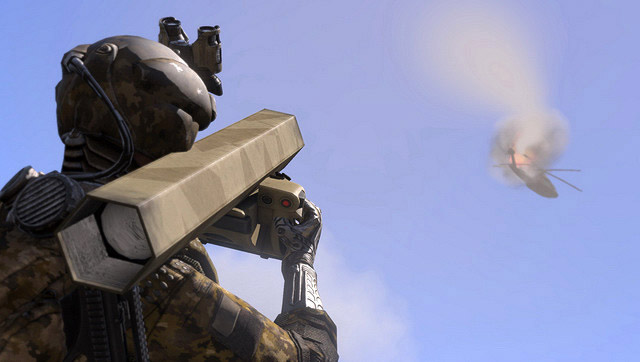