An anti-air missile team consists of a gunner and assistant gunner. Equipped with a man-portable AA missile system such as the Stinger, and an additional missile, the two must be ready to use their launcher to engage and destroy any enemy air threats that might appear over the battlefield, either fixed-wing (jet) or rotary-winged (helo). Their proficiency and situational awareness can be the difference between life and death for a squad or platoon. 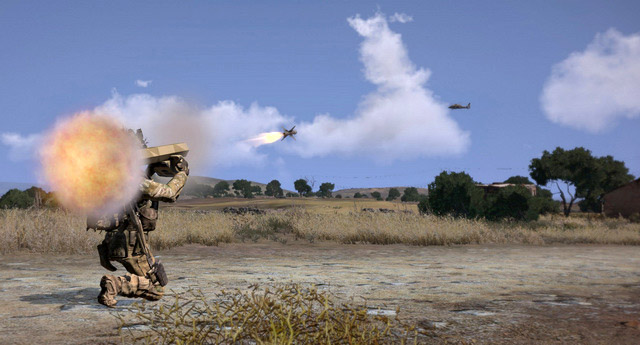