Each fireteam consists of four to six players: a leader and 3 to 5 subordinates. As a new player, you will end up acting as a rifleman in one of the fireteams. As the rifleman, you will be under charge of a more experienced player, acting as the fireteam leader. He, in turn, will be under the command of a Squad Leader who leads the two Fireteams that make up each squad. Likewise, the Squad Leader will be under the command of the Platoon Commander, who commands the three squads that form the platoon - who is in turn led by the Company Commander, who directs the movements of the platoons. 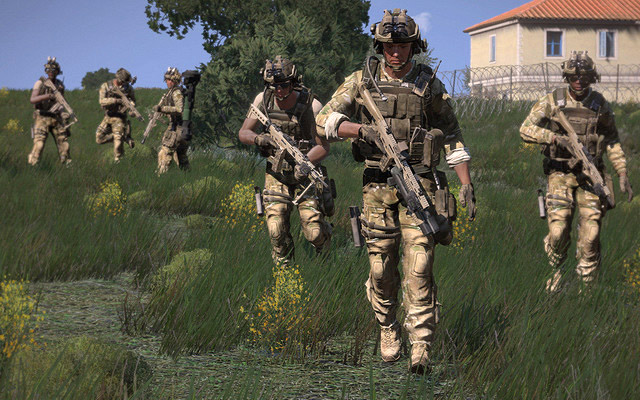 Working as a Team

The key aspect of our organization is that of closely-knit teams - a rifleman by himself is not nearly as useful as a group of players working as one cohesive unit. Fireteams look out for their own members as well as those of their fellow fireteams. Fireteams are the tip of the infantry spear.

You will find yourself grouped with different players in different missions, and your comprehension of this guide is what will allow you to all act as a cohesive and combat-effective group, regardless of who exactly is in your fireteam.

A fireteam takes cover at a low stone wall

In order to play at the highest possible level of coordination, teamwork, and effectiveness, there are many things that each player must be familiar with. The key foundational aspects of this are in the "basic responsibilities" of each fireteam member, and by association, every player in the platoon or company. In order to maintain cohesion and combat effectiveness, every player in our community is expected to abide by these simple ground rules.