The standard buddy teams are set up as follows:

The first buddy team - AR/AAR combo - is usually the heavier-hitting of the two, due to them employing the fireteam's automatic rifle. The Fireteam Leader will keep them nearby and assign them positions and sectors of fire as the fighting develops. The second team may or may not have an automatic rifle, and is typically where you as a newer player will find yourself.

Note that if you are using the with the Shacktac HUD you will see the buddy teams given color-codes such that they easily stick out on the HUD. More on this later in the Fireteam section.

Your basic responsibilities to your buddy are 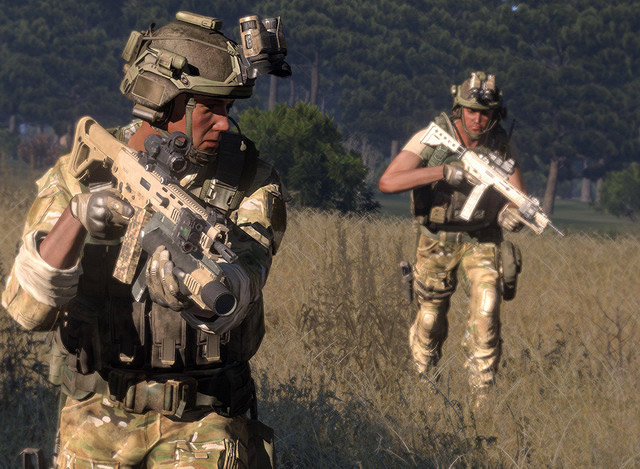 Living by these guidelines is a key factor of success in battle. Learn them, know them, and be sure to always practice them.