A crew-served weapon team typically consists of a gunner, assistant, and one or more ammo bearers. The exact responsibilities will differ based on the type of weapon it is, but their general responsibilities are as follows. 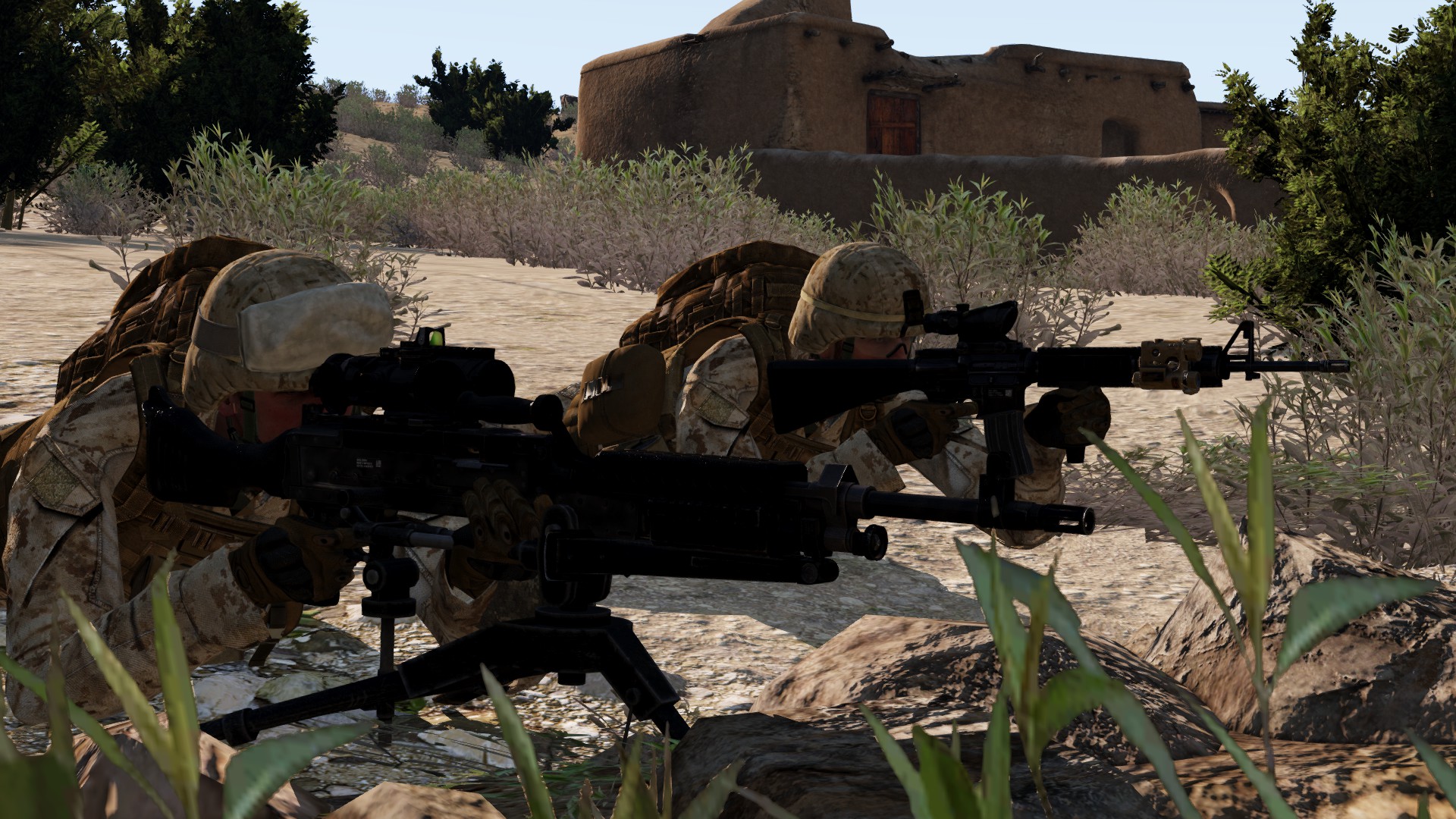 A heavy machinegun team uses a Heavy-Machine-Gun (HMG), a crew-served weapon, using the same guidance outlined above regarding CSWs. Heavy machineguns give infantry a tremendous range and a powerful punch - the Mk30, for instance, is a .50cal machinegun that is capable of defeating light armored vehicles as well as punching through heavy cover. HMG teams look for locations from which the superior range of their weapon allows them to damage the enemy with a lesser risk of effective return fire. These teams carefully evaluate the terrain and enemy situation in order to maximize their concealment until the enemy has committed fully into their kill zones, only then opening fire in order to maximize shock and casualties. 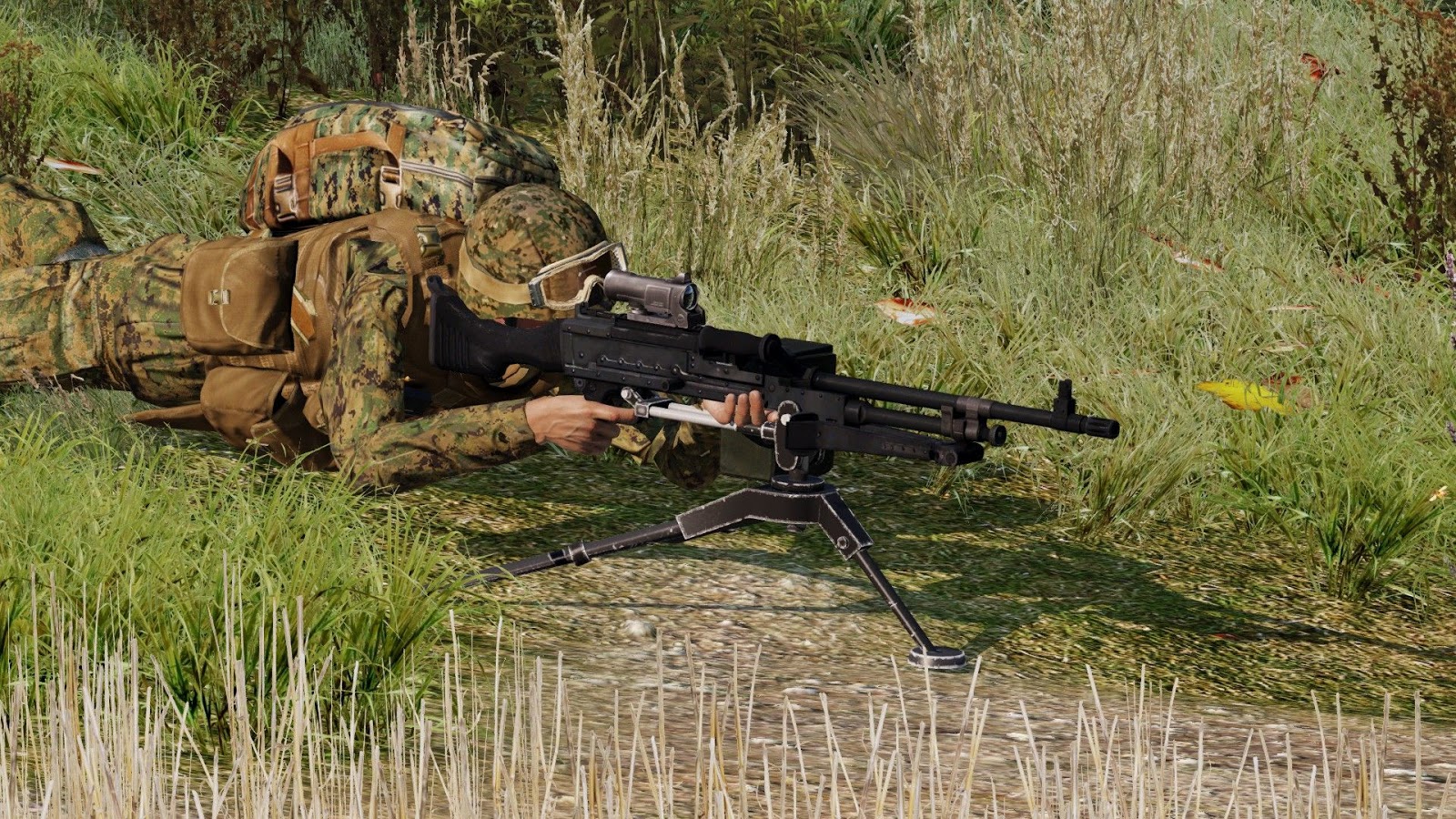