Introduction to the LOAC

The Laws of Armed Conflict (LOAC) also known as the Laws of War form part of the Rules Of Engagement (ROE). Rules Of Engagement specify the circumstances and limitations under which forces may engage; they include definitions of combatant and non-combatant elements and prescribe the treatment of non-combatants. Factors influencing ROE are mission, commander’s intent, the operational environment, and the laws of war. ROE always recognizes a Soldier’s right of self-defense; while at the same time, they clearly define circumstances in which they may or may not engage.

For our purposes violating the LOAC will not have you hauled up in The Hague but it does form part of a vital effort to permit mission support teams to develop interesting and creactive scenarios and dilemmas. Educating and enforcing the LOAC creates more interesting deployments and you should expect it to be enforced as any other SOP would be.

Code of Conduct for Combatants

The Code of Conduct for Combatants dictates what a soldier must follow, they are summarised below and expanded in detail in this SOP. They are both morally and legally obligated to follow these rules to limit damage and suffering. 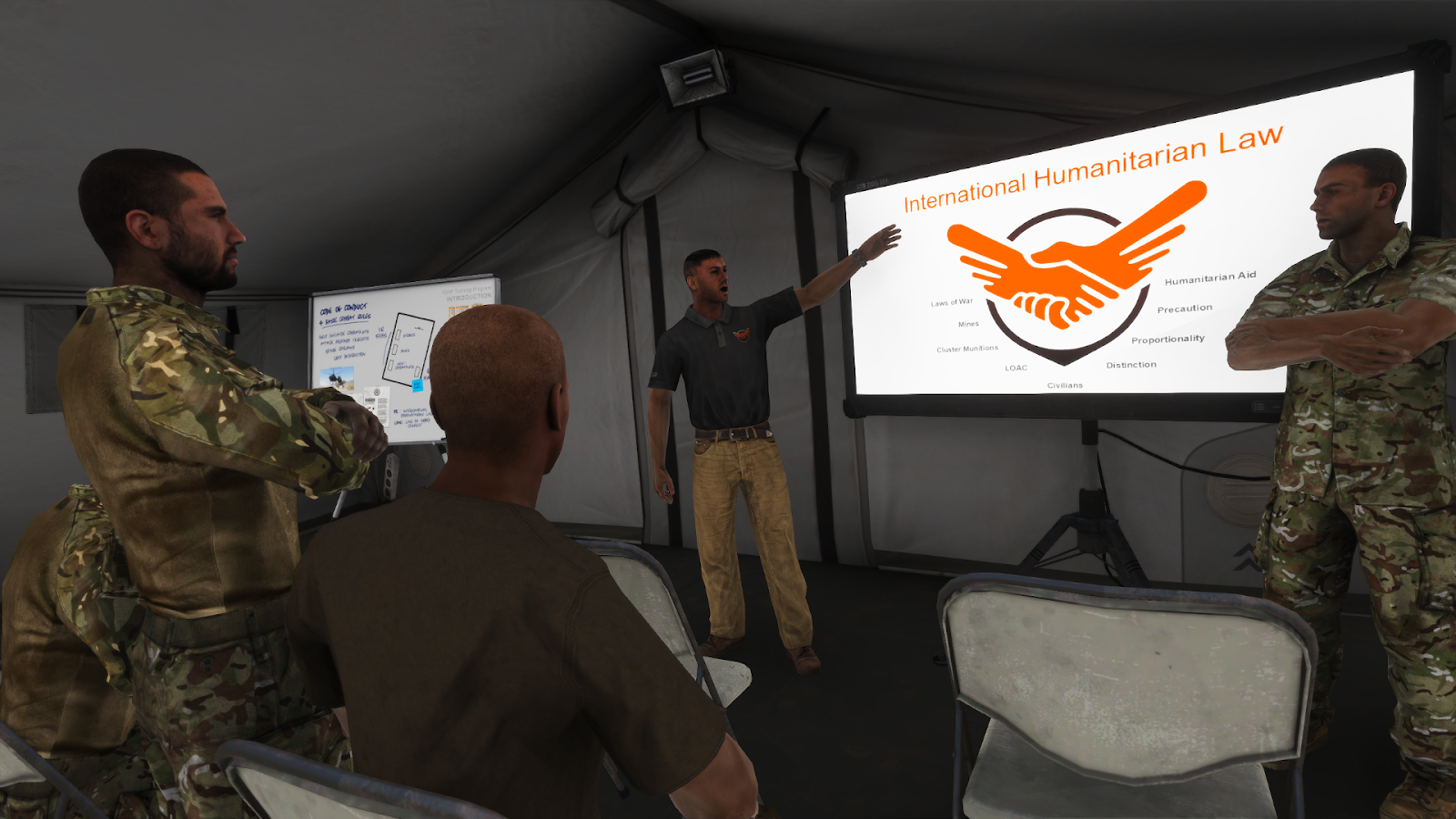 Along with the obligations of the soldiers on the field, leaders at all levels must especially ensure their soldiers operate according to the law of war; this is also known as the Laws of Armed Conflict. The purposes of the laws of war are to protect combatants and non-combatants from unnecessary suffering, make the transition to peace easier, safeguard the rights of enemy prisoners of war (EPWs), detainees, wounded and civilians. The key aspects of the Laws of Armed Conflict help discern how soldiers can accomplish their mission whilst adhering to the Laws of Land warfare.

Key aspects of the Laws of Armed Conflict 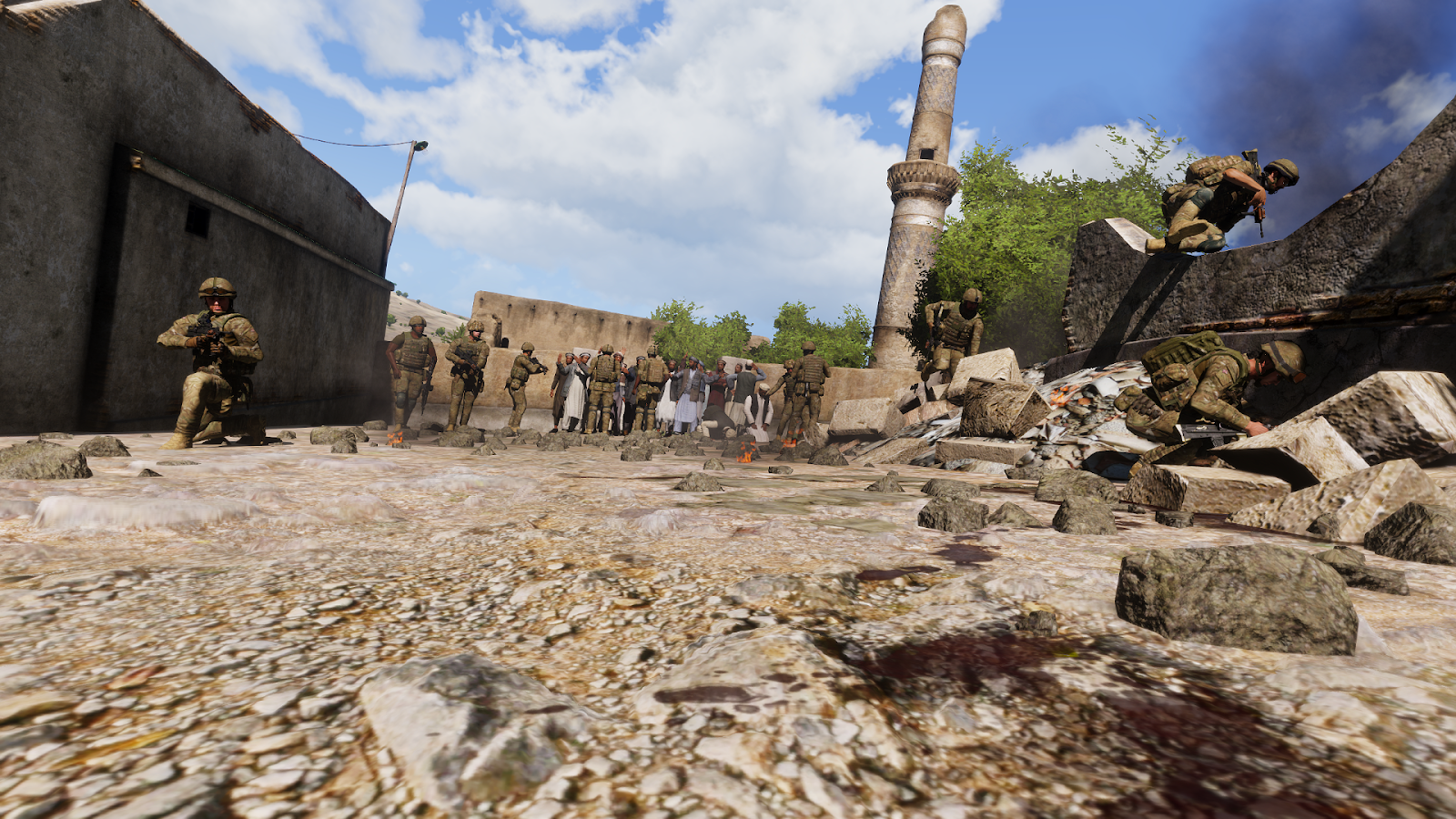 Under LOAC it is forbidden to:

When civilians take a direct part in fighting, they lose their protection from attack (when in doubt, they should be considered civilian). When a civilian object is used in support of military action, it becomes a legitimate military target and loses its protection (when in doubt, it should be considered civilian). Protect the most vulnerable: civilians, wounded, CPERS and health-care workers.

It is forbidden to:

All persons participating in military operations or activities are considered combatants.

The distinction between combatants and non-combatants is not always easy to make. Uniformed, armed soldiers are easily recognizable. However, guerillas often mix with the civilians, perform undercover operations, and dress in civilian clothes. Alertness and caution must guide you in deciding who is a combatant. Remember, a combatant may not always be armed. It is important to understand hostile intent. For example, a “dicker/spotter” who is showing clear and imminent hostile intent may be considered a combatant. However, there should be no question of using lethal force unless you absolutely must.

Only enemy combatants are proper targets. 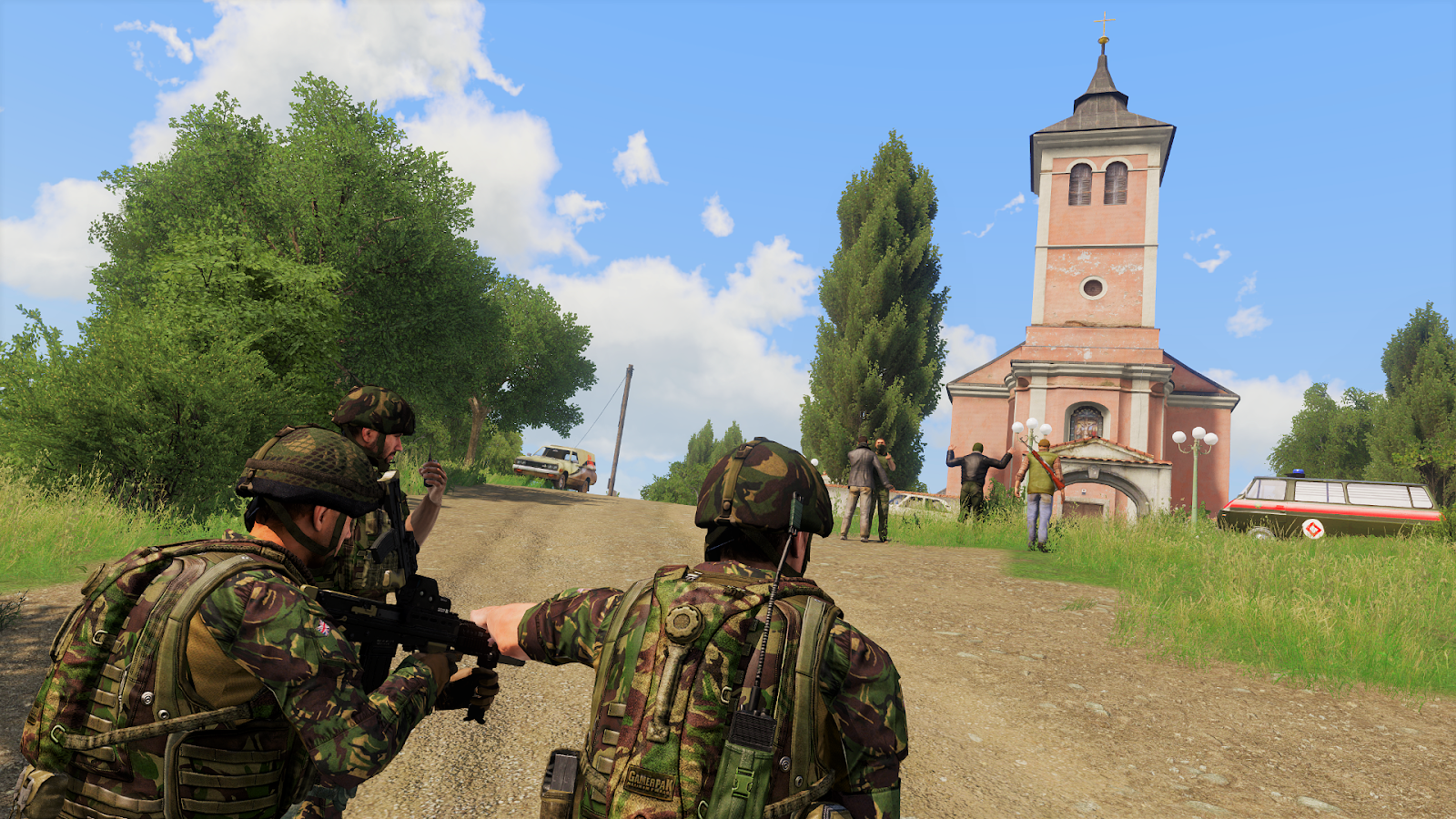 A British Soldier prevents another soldier from engaging a non-combatant.

Do not engage parachutes unless it holds a combatant.

Individuals parachuting from a burning or disabled aircraft are considered helpless until they reach the ground. You should not fire on them while they are in the air. If they use their weapons upon landing, they lose their protection status and are considered combatants. Paratroopers, on the other hand, are jumping from an airplane to fight. They are targets and you may fire at them while they are still in the air. Paratroopers are combatants 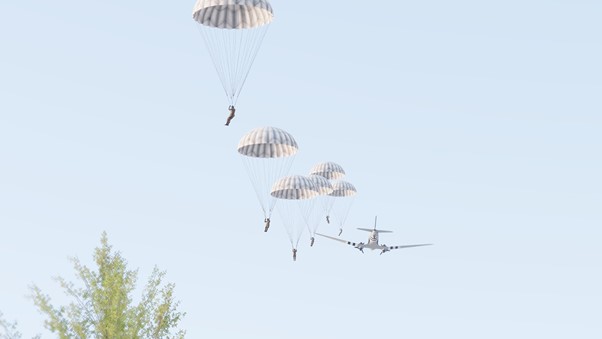 Do not engage those protected under protective symbols or hide behind medical symbols.

In combat, the medical service emblem protects those who have become casualties and those who are caring for them. It is a serious breach of the laws of war when soldiers use these signs to protect or hide military activities. Do not mark your position or yourself with a medical service emblem unless you have been designated to perform only medical duties. As a Medical Personnel member, you should not actively engage in combat and only act strictly in self-defense.

Don't cause destruction beyond the requirement of your mission

Under LOAC you cannot attack villages, towns, or cities. However, when your mission requires you are allowed to engage enemy troops, equipment, or supplies within a village, town, or city. You should not destroy an entire town or village to stop sniper fire from a single building. Use only the necessary means to neutralize the threat presented. Limit destruction only to that necessary to accomplish your mission. Avoid unnecessary loss of life and damage to property. This law not only conserves your own supplies, but preserves facilities for future civilian use.