The automatic rifleman is the fireteam's heavy firepower. They carry an M249 Light Machine Gun by default, giving them the ability to throw hundreds of rounds downrange in short order.

By default, the AR is second in command of the fireteam. So in the event that the team leader becomes a casualty, the AR immediately takes charge of the fireteam and communicates their new role to the squad leader. The AR is responsible for employing their weapon in a manner that maximizes the killing and suppressive power of it, allowing their teammates to maneuver with the support of their fire. 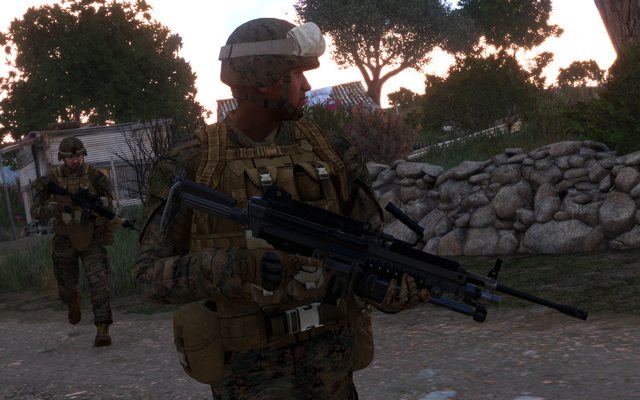