The machinegun rules the realm of infantry. The ability to place sustained accurate fire in high volume on the enemy is capable of inflicting a large number of casualties in short order when properly employed. Medium machineguns typically fire a 7.62x51mm caliber bullet or larger - significantly more powerful than the infantry's normal rounds. An MMG has a longer range than an automatic rifle, and by default are loaded to fire daylight-visible tracer ammunition every fifth round. 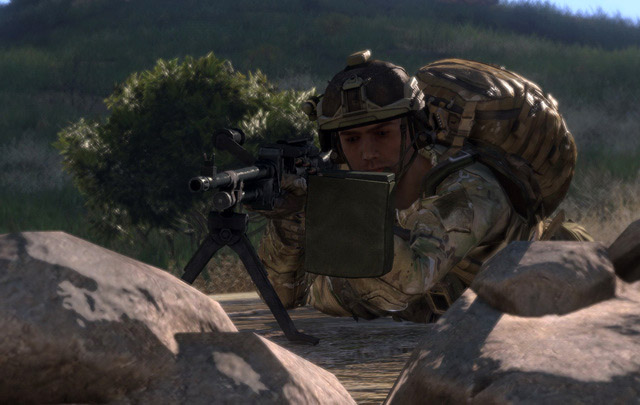 An M240 medium machinegun in use

The MMG Team uses the same guidelines as the basic fireteam members, with the;