The Fireteam Leader's mantra is "Follow me and do as I do". They are the most combat-oriented leader position on the battlefield, and leads their fireteam from the front while acting as the example that his team members will follow.

Fireteam leader with an underbarrel grenade launcher attached to his rifle

The 2IC is an experienced person who can be utilised by the Team Leader to spread the work load of leading the team. Typical duties of the 2IC are;
The team leader ensures that a 2IC is always assigned and known by the team as the element prepares to step off on its mission. A 2IC assignment as made as follows;
The person who has the highest;
If the person indicated by this criteria does not wish to be the 2IC, then they can opt-out and the next person according to this criteria becomes the 2IC.
In some cases a 2IC may be pre-designated by the ORGCOC to the Field Leader for training purposes, and the Team Leader would be informed by the OPCOC prior to the mission.

The automatic rifleman is the fireteam's heavy firepower.

The AAR's role is to stick with the AR and provide support - the two always form a buddy team. The AAR supports the AR in the form of providing security, helping to spot, engage, and adjust fire on targets.

If the automatic rifleman is killed, the assistant will take control of the weapon and become the fireteam's new automatic rifleman. In the event that both the AR and FTL become casualties, the AAR will take control of the team's riflemen and assess the situation. If possible, the AAR will maintain the remaining four members as a distinct fireteam - if unable, such as due to high casualties or confusion, the crippled fireteam may merge with another. 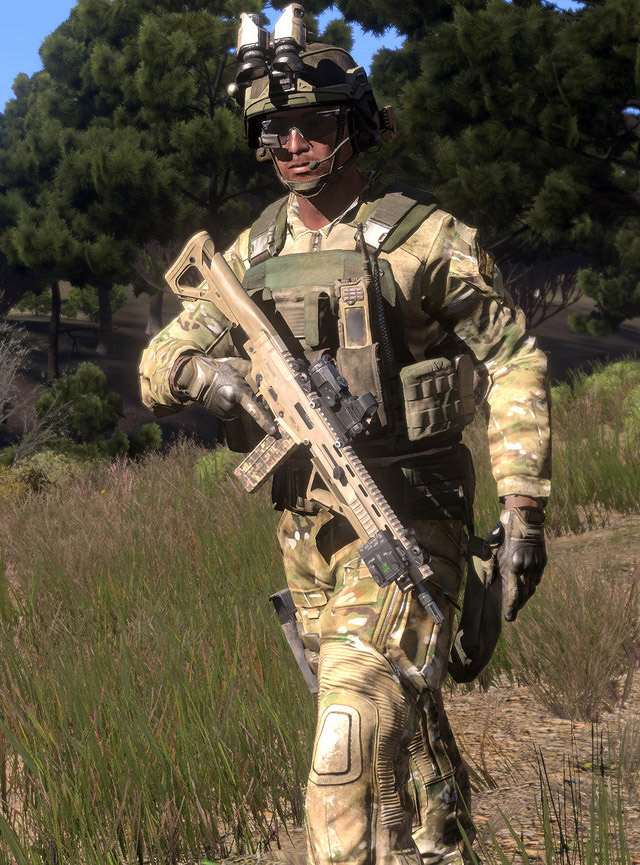 A typical assistant automatic rifleman, kitted out to carry high-capacity  magazines in addition to his rifle mags

Every member of the platoon is a rifleman first and foremost. In a fireteam, the rifleman is the lowest ranking or newest member of the team. This role is a great way to get new players into the action, without burdening them with additional responsibilities such as those carried by the AR and AAR. 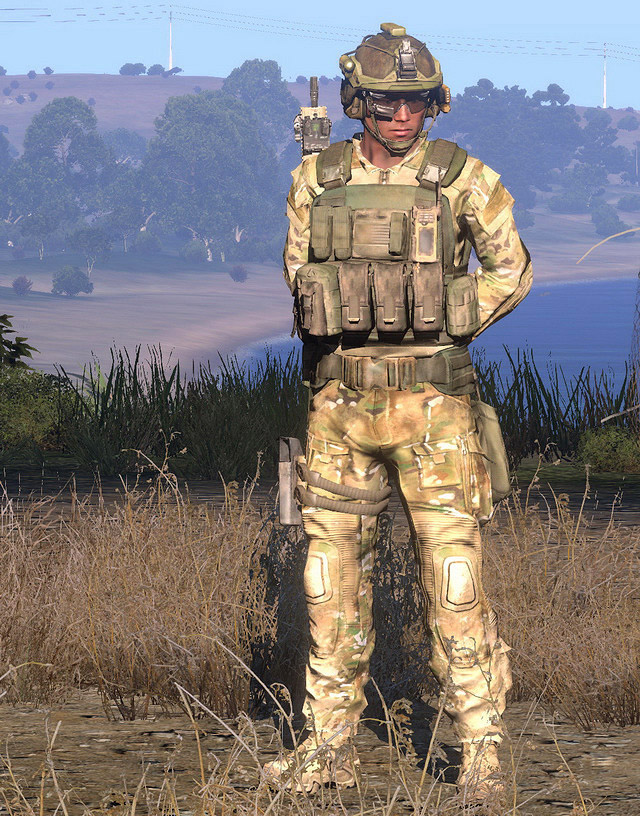 A rifleman listens to a briefing pre-mission

Fireteams will typically carry light anti-tank weaponry if enemy armor is expected to be present in an area. Generally, this will result in the team's rifleman being given a single-shot light anti-tank weapon like the AT-4 or M136. The anti-tank rifleman will carry out their normal rifleman duties, and in the event that enemy armor is encountered, they will immediately transition into anti-tank mode and attempt to take it out based upon their team and squad leader's directives.

As their name implies, light anti-tank launchers are an effective weapon for usage against light armor such as armored personnel carriers, while heavier armor such as that found on main battle tanks will require multiple impacts from LAT weaponry to defeat. 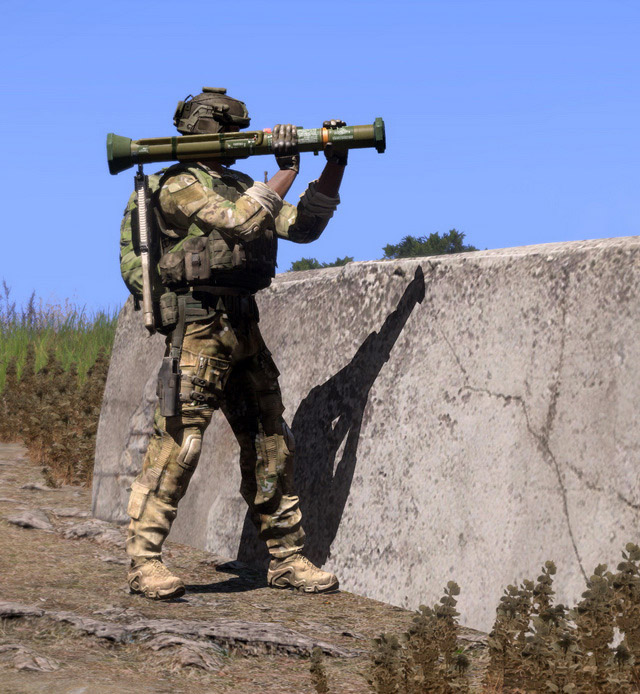 Note that if the standard rifleman role is replaced by an anti-tank gunner in the fireteam, the AAR becomes the junior role, followed by the anti-tank gunner, the AR, and finally the FTL. This is to ensure that the junior team member does not have anti-tank responsibilities, as they can be rather significant roles in the missions that need them.

To prevent their anti-tank weapon from injuring or even killing friendly troops, an anti-tank rifleman must "clear backblast" before firing their weapon.

Firing anti-tank weapons indoors can be very hazardous to your health. Avoid doing so when possible, as the backblast can kill or seriously injure you due to the restrictions of the structure.

Soft-launch weapons like the Javelin or PCML can be safely fired out of an enclosed space, but RPGs, AT-4s, SMAWs, and other common hard-launch anti-tank weapons cannot.