Arma 3 introduces a variety of anti-personnel and anti-vehicle mines with unique characteristics. We’ll talk briefly about what you can expect to see - both so that you know how to employ them as well as detect and potentially disarm them.

The first of the mines is the basic disc-shaped anti-tank mine. This mine is triggered by the weight of a vehicle driving over it - light vehicles such as civilian cars will not set one off, but heavier vehicles like MRAPs or large trucks will, while tanks, APCs, and IFVs will definitely trigger them. The anti-tank mine is designed to target the more weakly armored underbelly of a vehicle - either by puncturing into the crew compartment and killing the crew, or via destroying the mobility of the vehicle by destroying wheels or tracks. When emplaced, an anti-tank mine is mostly buried into the ground, leaving only a small amount of it visible to the watchful eye.

Vehicles such as the AMV-7 will tend to be rendered immobile and mostly inoperative by a single mine strike, while hitting two simultaneously will catastrophically destroy the vehicle. Due to focusing their blast upwards, an anti-tank mine poses a smaller danger to infantry than most anti-personnel mines - about six meters lethal range, with a few more meters of wounding potential. Since infantry cannot trigger an AT mine on their own, simply staying a reasonable distance away from vehicles provides sufficient protection range. 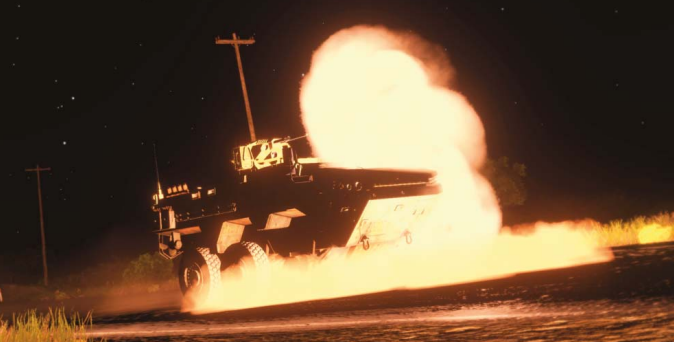 SLAM, an abbreviation of Selectable Lightweight Attack Munition, these mines are smaller than the disc mine and do their damage in a different manner - instead of being below a vehicle and exploding upwards, a SLAM is placed on the side of a road or similar and oriented towards it. When a vehicle passes, the mine detonates, sending an explosively formed projectile that can cut through thick armor. Arma 3’s SLAM mines are designed to take out a vehicle’s mobility - they’ll shred tires and damage tracks, but generally won’t prove catastrophic to an armored vehicle like an MRAP or higher.

Their range of triggering is short, requiring them to be emplaced directly beside where enemy vehicles are expected to pass. A SLAM mine will trigger against infantry as well, though they are less ideal for this. When triggered, a SLAM’s detonation will provide an all-around lethal blast at four meters, while the lethal cone in the direction it’s pointed is closer to fourteen meters. 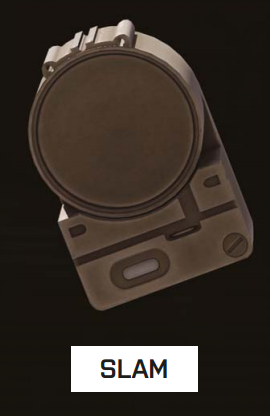