Lasing a target is by far the best method for CAS strikes. There are a few guidelines to keep in mind when utilizing this method. 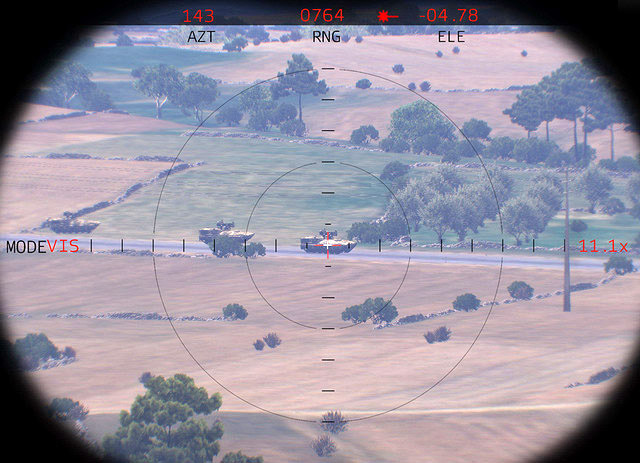 CAS without laser designation is a bit trickier. Follow these guidelines. 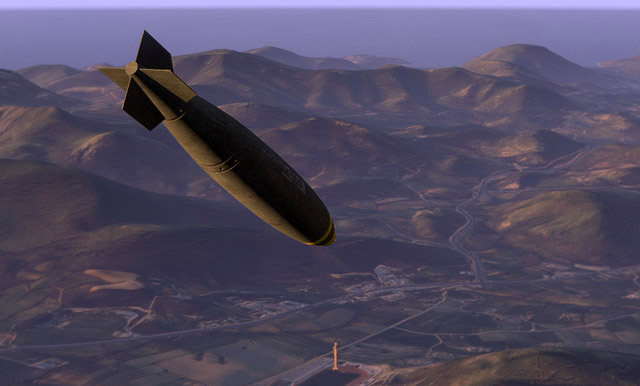 A "dumb" bomb on the way to inflict serious pain

Map markers are as accurate as the player placing them, and with good players, they can be pin-point precise. The main problem with map marks is that it requires the pilot to spend time looking at the map, which can be problematic.

Depending on the type of landmark and distance of the target from it, landmarks can be either excellent or merely acceptable guides. The key thing to keep in mind is that the landmark must be something that can be easily seen from the air. The type of air asset (jets naturally are moving much faster than helos) will dictate what type of landmark is suitable. Landmarks can be natural parts of the terrain (ie boulders, a prominent cluster of trees, the bend of a river) or man-made (buildings, destroyed vehicles, smoke columns).

Guiding with Munitions or Smoke

This is the least desirable way to orient aircraft on a target, since it typically alerts the target and gives them a bearing on friendly forces. In a pinch, infantry can utilize smoke (preferably launched via a 3GL or other UGL) or a Mk32 to designate a target for aircraft. Tracers can also be used to designate targets. Guiding a CAS strike with munitions can be very difficult, and should be avoided when possible. Efforts should be made to accomplish the guidance in another fashion before resorting to this, particularly when stealth is a concern.