The Forward Observer is the platoon's direct link to artillery support. He is tasked with calling for fire in accordance with the Platoon Commander's direction, adjusting fire, and generally being all things artillery. The proper use of artillery requires that the person calling it in is knowledgeable on the previously-listed aspects (and more) and is competent as a "Forward Observer". Artillery in the hands of a skilled FO is a huge asset, whereas without that skill the artillery will only end up churning dirt and making loud but ineffective noises.

Shot
This is sent from the firing unit once the first rounds are fired. The FO at that point knows that rounds are on the way. The FO can use this term to communicate to his platoon that a friendly artillery unit has begun firing.

Splash
This is sent from the firing unit five seconds before the first rounds impact. The FO at this point should observe the impact area to watch the effects of the artillery. Adjustments will be called if necessary to get the rounds on target. When Splash is called, all friendly units within "danger close" distance of the target should ensure that they are in good cover in case the rounds are off.

Rounds Complete
Firing unit has fired all rounds for the fire mission. Depending on the number of rounds and the trajectory used, "Rounds Complete" can sometimes come before the first round ever hits. 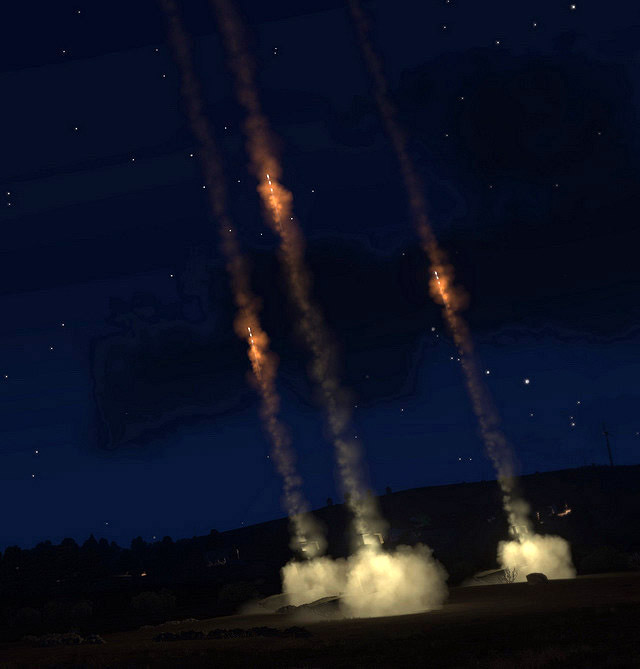 A Sandstorm MLRS battery begins a fire mission at night