The following table of artillery round types and their effects is taken from the Chain of Command's "Artillery Module" manual for VBS1. 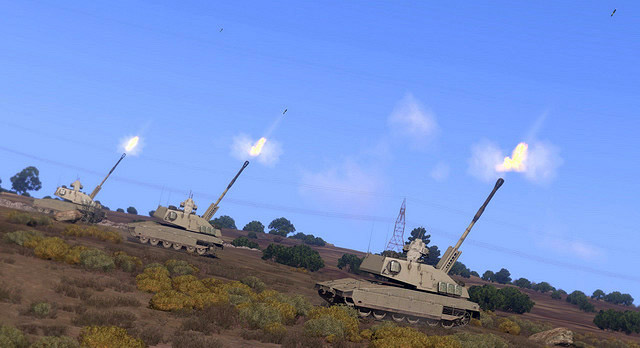 High-angle fire from a Scorcher battery