The Forward Air Controller ("FAC") or Joint Terminal Attack Controller ("JTAC") is a player who is tasked with coordinating air elements in the support of ground forces and frequently is assigned to the company headquarters element.

The FAC  is expected to be knowledgeable in the employment of any CAS elements, be they fixed-wing (jets) or rotary-wing (helicopters). The more familiar the FAC is with the aircraft, the better they will be able to direct its employment. The best FACs have extensive experience as a CAS aircraft pilot.

The primary job of the FAC is to locate enemy targets and call in air strikes on them. They act as the "eyes on the ground" for the CAS aircraft and increases the effectiveness of the air support with the information they are able to relay to the aircraft, acting as the liaison between the CoyHQ and any supporting aircraft. 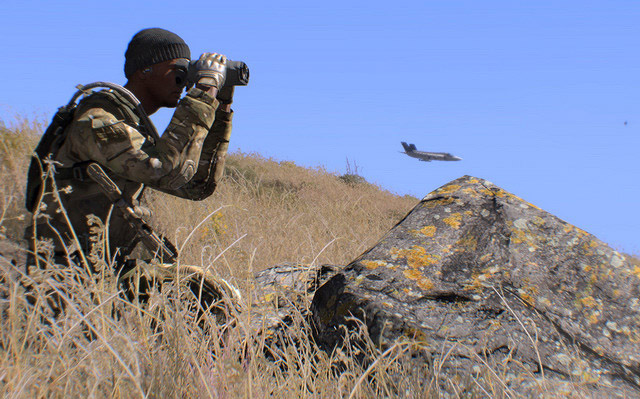 A JTAC laser designates a target for an F-35

Considerations for the Forward Air Controller

Give a battle damage assessment (BDA) after each run

An example of a more in-depth BDA is as follows:

FAC: Hawg, good bombs. One APC knocked out, the other is currently running north by north-west along the canal. Repeat your attack and take out the fleeing APC. Advise you approach from the south south-east if possible 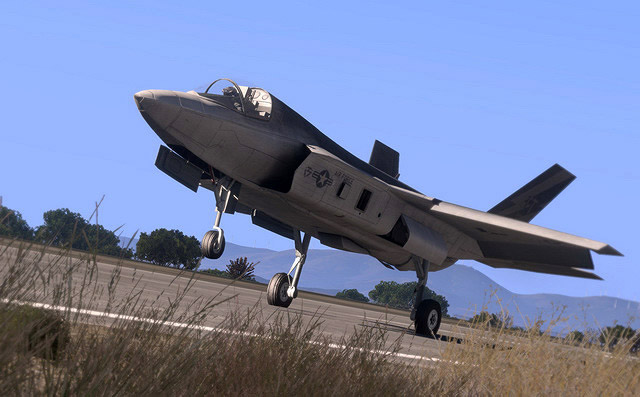 An F-35 returns to base after a successful run