In-game, leadership is what allows a anything from a single squad to multiple platoons in a company to act as one cohesive and combat-effective unit. From the Fireteam Leader up to the platoon or Company Commander, the success of every mission hinges upon their collective abilities as leaders. This section is intended to act as a refresher and reference to those who do lead, as well as introduce the concepts of all levels of leadership to those who are interested in pursuing and advancing to such leadership positions in the future, or refining their current abilities.

At the most basic level, leadership in Arma is the art of getting multiple people to act in a coordinated fashion towards a common goal. Leaders come with a variety of roles and responsibilities, with each requiring different approaches to how they do things. From the Fireteam Leader up to the Platoon Commander, though, they all share some common responsibilities. Those responsibilities are as follows.

Common Responsibilities of a Leader

Survival
Whenever possible, the leading players should make an effort to preserve themselves. This becomes more important the higher in the chain you are - if you're a Fireteam Leader, you're most expendable, with the Platoon Commander or Company Commander being the least expendable. "Survival" is accomplished by acting in a fashion that will not put you at extraordinary risk or single you out to the enemy. This means that a leader should not be using anti-tank weapons, machineguns, or anything that will place a giant "SHOOT ME" marker over their head for the enemy. Your best weapons are the players you command, and they depend on your levelheadedness to keep them alive throughout a fight. Don't fail them by putting yourself recklessly on the line and being taken out by the enemy.


Be clear and concise when giving orders.
Being able to give an easy-to-understand order during the heat of virtual combat and getting your teammates to work towards accomplishing it can turn the tide of a battle. Brevity is critical to understanding - everyone in a firefight is going to have to worry about many things at once, and having to concentrate on a long and wordy order from their element leader will cause nothing but trouble.


Decide quickly and act
You do not always have time to figure out the perfect way to approach things. Being able to decide on a good plan and get it put into play as rapidly as possible is more valuable than spending a large amount of time thinking of the perfect plan and trying to implement it. "A good plan now is better than a perfect plan later". This is especially true when combat is ongoing and every second of delay puts you further behind the curve.


Task by name, especially when bullets are flying
Saying that "Someone needs to grab that AT" is not a decisive order, and since nobody is singled out specifically, it may be forgotten or ignored in the confusion of battle. It is much better to single out people in your element to do specific tasks - i.e. "Madcows, get the AT off of Awo's corpse" or "Oakley, get on the .50cal for kevb0's MRAP". Call people by name and task them directly and you'll see that things will get done much faster with less ambiguity and confusion.


Avoid micro-management
Leaders need to let leaders lead - it sounds blindingly obvious, but it has to be said. Orders should be given that allow a subordinate to get them done in the way that they deem to be best. Lower-level leaders require tactical flexibility to get their jobs done - dictating exactly how an element should move and rigidly enforcing it can get people killed. It is better to give guidelines - that you need them to move to a certain place, and that they should try to follow waypoints you set for them - and allow them to adapt to it as they see fit. Obviously there are exceptions to this, but they are just that - exceptions, not the rule. Micro-management stifles tactical flexibility and lower-level leadership and should be avoided.

Exercise tactical patience
Tactical patience is defined as "giving a situation enough time to develop and unfold before trying to determine its meaning, significance and how to react to it". There will be times in Arma where the leaders will have to sit back and allow the situation to unfold, without trying to jump in and start giving orders before it is prudent. As an example, just because you see a few infantrymen approaching from one flank does not mean that the bulk of the attack will be coming there, so it would be unwise to shift your defenses before the situation developed further and you could come to a more informed decision.


Exercise disciplined initiative
Remember the earlier section talking about the importance of individual initiative at all levels? Leaders are no exception - one of the core aspects of our group's leadership mentality is the ability to exercise initiative in a disciplined manner that aligns itself with the higher commander's intent. Leaders are expected to be able to make good decisions on their own when the situation requires it, without having to consult with the higher commander for permission. It is a sign of our trust in our junior leaders and it gives them the freedom to adapt to a rapidly changing situation.

One helpful aid for all players, and particularly leaders, is the usage of a pen and paper for note taking. It is highly recommended that all players have note taking gear available while playing in a session.

While features like dynamic unit rosters and the ShackTac HUD can provide easy-access to the names of any elements in a mission, or any players in a specific team, having a pen and paper allows you to take additional notes when the situation requires it. The notepad can be used to write anything special that may need to be referred to later in the mission, specific rules of engagements, formations, timings for various events, etc. This varies from mission to mission.

Notepads are also great for writing down anything significant that happened in a mission, such as things that could form the basis for 'lessons learned', or those that deserve particular praise in the after-action review of the events. 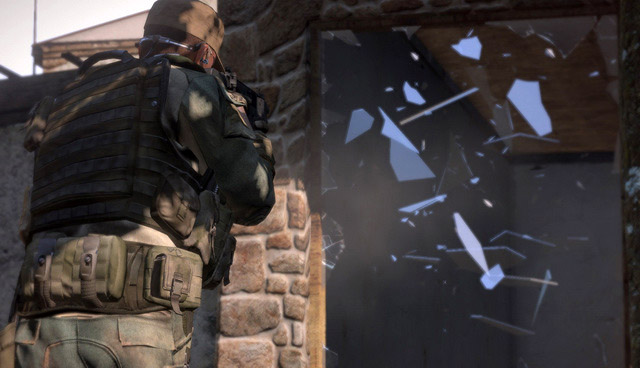