When it comes to actually making the plan, one must consider a great many things in order to ensure that the best course of action is taken, with the highest probability of accomplishing the designated mission with the fewest casualties. The military has summarized these considerations into what they call "METT-TC", and it's something that any leader should become familiar with. METT-TC consists of the following elements;

Be familiar with METT-TC will help to guide your mental planning process and remind you of all the key things you should be considering in each plan. As time goes on and experience is gained, these will largely become second-nature. While any military acronym such as that is intimidating at first glance, this one in particular is of great value and is worth learning, remembering, and using. Keep in mind that METT-TC is used constantly, at all levels of the battle, whether one is conscious of it or not. You could sum it up as "the tactical situation" for our purposes - it is everything that you think about when moving around the battlefield, whether under fire or not.

METT-TC is used at the higher level while creating the 5-paragraph order cited above, and once you as a commander received that operations order, you use the same METT-TC process to help develop your own plan of action based off of what you know from the OPORD.

What's the difference between METT-TC and SMEAC?

The difference between METT-TC and SMEAC is that METT-TC is how the situation is perceived to be at a given time (typically the present, or the time when the operation will be conducted). It is not a plan in and of itself, but rather the elements that are required to be interpreted and used to craft a successful plan. SMEAC is the plan that comes about because of that, and is based on METT-TC factors as they existed (or were predicted) at a given time during the planning process.

Once the battle is underway, you (and your subordinates) frequently reevaluate the METT-TC considerations as they change, issuing new orders as appropriate to guide your forces towards success, exploit enemy weaknesses, and generally conduct the battle to its conclusion. Bear in mind that you should be looking at METT-TC from the enemy's perspective as well, to help give you insight into what the enemy might do with the situation as you believe they see it. Being able to "visualize yourself in the enemy's position" can be a powerful tool to use when planning for your own unit's actions.

As in the "5 paragraph order" described above, this deals with what your unit is tasked with accomplishing. The type of mission will determine many aspects of how you craft your plan.

The mission considerations include:

Next up we cover the enemy. Understandably, the enemy is a tremendously significant aspect of how you plan a mission. You must consider every tactically relevant aspect of them, such as:

When put together, these form a partial "threat assessment" for the mission.

Terrain and weather comes next. The military mnemonic used to remember the factors used in evaluating terrain is "OCOKA". Like METT-TC, it is another good mnemonic to learn. Also, like METT-TC, you will find yourself using this almost subconsciously with a bit of experience.

Basically, these are all of the factors that dictate the suitability of any given piece of terrain, or a given terrain area. These are the elements that describe the difference between a flat, open desert, and a dense, concealing forest. Terrain heavily dictates planning, and thus being familiar with how to judge it becomes important. OCOKA helps you remember all of the elements that will matter in such a judgment.

Let's take a look at what this all means in Arma terms, from the perspective of our forces.

Weather ultimately means visibility in Arma. There are several things that influence visibility, including:

Weather can change over the course of a mission, too - just because it starts off with a clear sky does not mean that it will stay that way. Likewise, if it is near dusk or dawn, visibility conditions can change dramatically over the duration of a mission as it gets darker or brighter due to the setting or rising of the sun. Note too that moonsets and moonrises at night can play a role, particularly on clear skies with full moons. 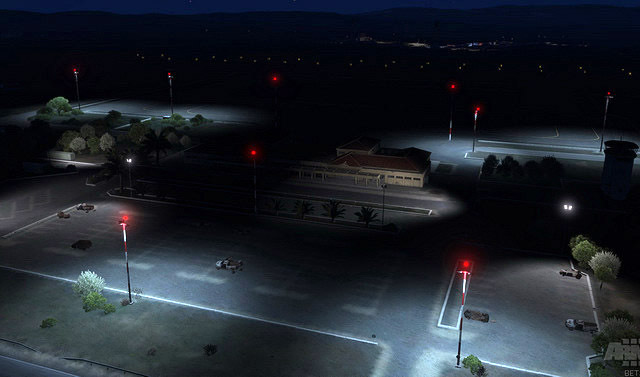 That's the end of the OCOKA/Weather considerations. Additional information about OCOKA as it applies specifically to attacking and defending follows later in the "Tactics" section. For now, let's continue on with the rest of METT-TC.

Specifically the ORBAT being deployed, but this also includes all assets available in the mission. Not only are your own troops included, but any special attachments are detailed, as are vehicles that may be supporting you, and artillery or air assets that might be available for addition on-call support. In short, this details everything you have at your disposal to get the mission done, whatever the mission may be.

While you will often be free to spend a reasonably unlimited amount of time to accomplish your mission, there will also be occasions when time is a factor and certain tasks must be carried out in specific time constraints. For instance, a night infiltration mission may need to be concluded before sunrise, a patrol may need to be done before sunset, or an ambush may need to be conducted before an enemy convoy has reached a specific town.

Knowing the amount of time available in the mission helps a leader to plan out how rapidly the different phases of the mission must be carried out, which can have a significant impact on the tactics employed.

While many battlefields will be free of civilian presence, it is not uncommon to have to account for civilians in urban engagements. Civilians can be very tricky to deal with - it behooves friendly forces to not harm them, but at the same time, there is always the possibility of insurgents working within their midst. Some civilians may be acting as lookouts for such insurgents as well. It is important to carefully detail Rules Of Engagement when moving into an area where civilians may be present. You want to ensure that players know exactly when they can engage, and when they need to hold fire. A player should never be put in a position where he feels that he is under threat from a hostile civilian yet is unable to take action due to overly restrictive ROEs.