After reviewing the operation order and considering METT-TC factors, the Field Leader has two options. The first is to craft his plan by himself; the second is to ask for input from his squad and special element leaders. Typically a commander will at least ask for input from the special element leaders, as they are proficient at their roles and will have a good perspective on how they can best be employed in the mission. After receiving feedback (if requested), the commander will begin to work up the plan. The mission assigned, of course, determines much of this. A defensive mission will require the commander to deal with a different set of concerns than an offensive one, and his planning will reflect that.

In general, he will detail the movement routes that the elements will use via marking up the map, establish what squads or elements will be dictating the pace of movement, decide on the rules of engagement, usage of vehicle assets and how they will be distributed amongst the squads, designate recon elements as required, determine rally points or staging areas, as well as any changes to standard operating procedure - such as a non-typical method to use when a given battle situation happens. Generally, standard operating procedure (SOP) are expected to be known by all leaders, and will not be briefed unless considered to be of particular importance to the given mission. For example, a mission which lists artillery as a threat to the platoon may have the PltCo take some extra time to discuss the Battle drill they will use to react to the artillery if it engages them.

Depending on the mission type, he will also dictate defensive positions, sectors of responsibility, base-of-fire positions, usage of fire support assets, designate special units to support other units or attach to them, and so on and so forth.

How Far to Plan Ahead

The commander must decide on how far ahead he'll do detailed planning. Since plans have a tendency to "not go according to plan" once bullets start flying, it can be helpful to only plan specifically for the first major part or phase of the mission, then give general guidance for the rest of it. This allows the commander to consider updated METT-TC concerns once the first section of the mission has been successfully completed, and issue new orders based upon what actually happened, versus what the planned outcome was. Allowing for flexibility at the lower level tends to result in more "adapting to the situation" and prevents units from carrying out a plan that may not be the best course of action based on the actual vs expected tactical situation.

In an operation a phase line is a demarcation of a major transition point in the execution of the mission. Not all operations have phases, but the longer or more complex an operation is the more likely that it will employ them. Phase lines specifically serve as a way to syncronize the efforts of multiple elements across one or multiple areas of operation. The general rule is that no element comences to the next phase, without all other elements being ready to do so as well. This is not always the case, but in all cases an element would need permission for the commander to commence a new phase.

There are a number of useful map markers than can be utilized when drawing up execution plans on the map;

Generally, the commander will attempt to identify key decision points in the mission, and plan his orders around them. For instance - if his unit is attacking, he may decide that a key decision point exists when the unit secures the initial objective. At that point, he knows that he has to direct the positioning of the subordinate units in anticipation of a counter-attack, or to "mop up" any stragglers left on the objective area.

When describing a key decision point in a briefing, the Mission Commander will give the most likely courses of action as options for the subordinate leaders to be aware of - in the above example, these options would be:

Giving them as options allows the junior leaders to consider what they will need to do in either eventuality and prepare for it.

Knowing the "Commander's Intent" gives tactical flexibility to all players, and especially leaders, in the platoon. It allows for tactical decisions to be made even when it is impossible or impractical to get direct orders from the mission command element. This can play a major part in radio-lite missions where communications are severely restricted (by design) and all leaders have to exercise more small-unit initiative and leadership. It also protects against loss of leadership - if a senior leader becomes a casualty or loses comms, the junior leaders still know what they are supposed to be doing and why, and they'll be able to quickly adapt and continue on. 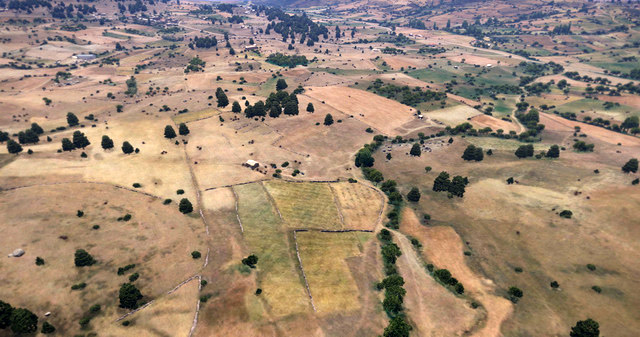