A rifle squad is formidable force on the battlefield. Consisting of two Fireteams of six players, and a Squad Leader element of two players, this fourteen player unit is able to have a significant impact on the flow of a battle.

Standard rifle squad, with Squad Leader and Medic in foreground

Squads consist of an impressive array of firepower, and are just as well-rounded as the Fireteams they are composed of. In addition to their ability to inflict significant harm, they also are accompanied by a medic who can tend to any wounds that may be received through the course of a fight. The medic acts as the second man in the two-man squad lead element, providing security for the Squad Leader when they're not tasked out with tending to wounded squad members.

The order of leadership succession in a squad goes from the Squad Leader to the first then second team leaders.

The Squad Leader has similar responsibilities to the Fireteam Leader, except instead of controlling individual players, they control entire fireteams. They are tasked with leading their squad in accordance with the platoon commander's intent and direction, as well as coordinating laterally with their fellow squads. The squad leader's motto is to "Lead from the front", since they know that they cannot direct their Fireteams most efficiently if they cannot observe their movements and combat. 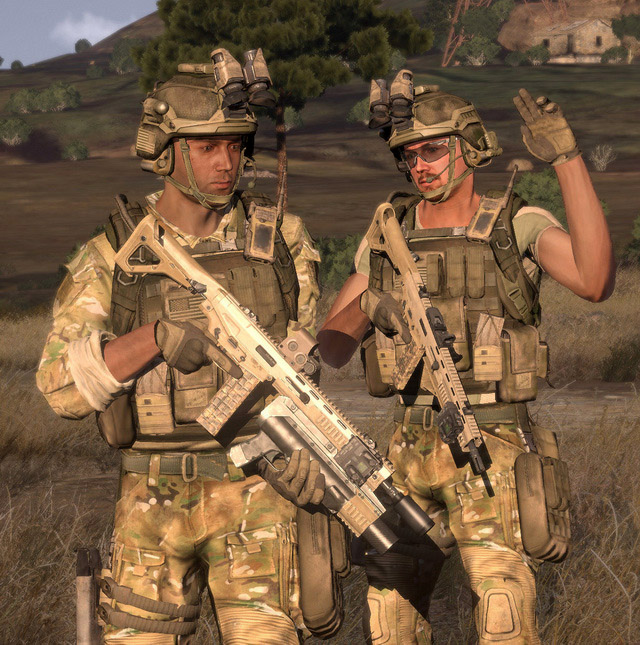 Squad Leaders get their direction from the platoon commander. They are expected to be able to take a broad goal set by the Platoon Commander, and turn it into a plan that they can pass down to their fireteam leaders. This includes setting rules of engagement, formations, waypoints, rally points, movement speeds, and any other relevant information.