The job of a leader becomes one of execution, supervision, adaptation, and flexibility once the mission begins.

With the operations order as a guideline, each leader ensures that his element's part of the plan is carried out to the best possible degree. Whether a Fireteam Leader, Squad Leader, Platoon Commander, or Company Commander, every leader shares a set of common responsibilities that scale with their level of leadership.

The first of these responsibilities is simply those things that any leader must be on the watch for throughout the mission. In the pre-combat phases of a mission, leadership is concerned with a variety of things that are intended to maximize the chance for friendly success while at the same time minimizing the possible influence or impact of the enemy. 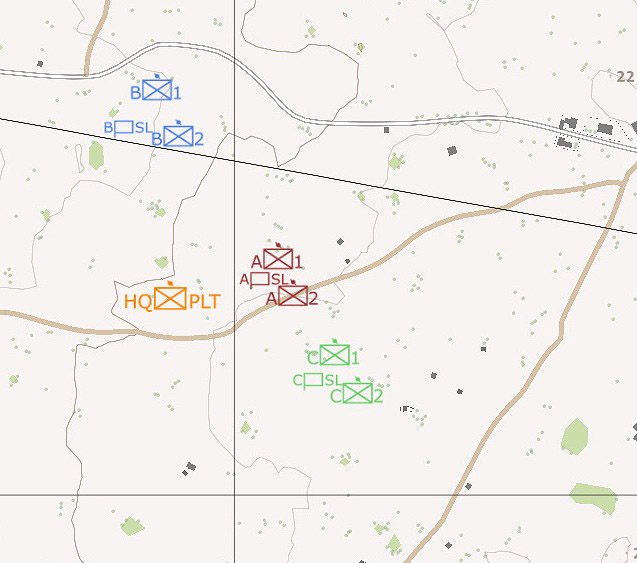 In this example, a gap has developed between Bravo and Alpha squads. Noticing this before it becomes a problem is an important part of being a leader.

Once combat has begun, leaders work to get an understanding of the tactical situation so that they can employ their troops most effectively. The higher the leadership level, the less they are concerned with actually fighting, and the more they are looking to find weaknesses in the enemy and exploit them, as well as cover any deficiencies that have developed in their own forces. In combat, leaders pay attention to the following aspects. All of these help them to size up the situation, make tactical decisions, and issue orders appropriate to the situation at hand.

After the fight has been won, leaders work towards consolidating, establishing security, finding out the status of all units, and then getting their troops into shape to fight again if need be. They ask themselves the following questions as soon as the post-combat phase begins, and take whatever action is necessary to correct any issues that may exist.

What is the status of friendly forces?

Get situation reports (SITREPs) as well as more detailed ACE Reports from all elements as time and the situation allow.

Ammunition.
How much ammo remains? Is it enough to be effective in the current mission? 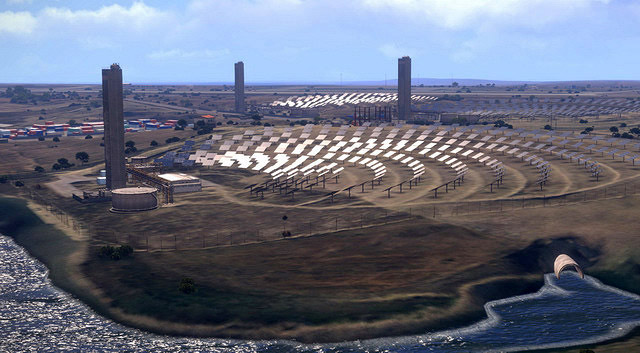