The role of a Scout/Sniper team is to both provide battlefield recon and intelligence and deliver precision shots on key enemy personnel. A Scout/Sniper team can be highly effective without ever firing a shot in some situations, whereas other scenarios will see them having a dramatic effect due to their ability to 'lock down' an area with precision shooting.

Spotter, kneeling, and his sniper buddy

Each Scout/Sniper team consists of two people - a sniper and his spotter. They are typically outfitted in ghillie suits to assist in concealment, and tend to operate at a significant distance from any friendly forces. Their mission is primarily scouting/reconnaissance, though their marksmanship will often be called into play when things heat up. When operating in denser terrain such as urban operations or in theaters where the enemy presence is significant, sniper teams can be augmented with additional members. A common technique is to use two sniper teams, with two or more additional infantry coming along as a security element.

Regardless of the overall size of the team, the basic responsibilities of a sniper and spotter pair are as follows. 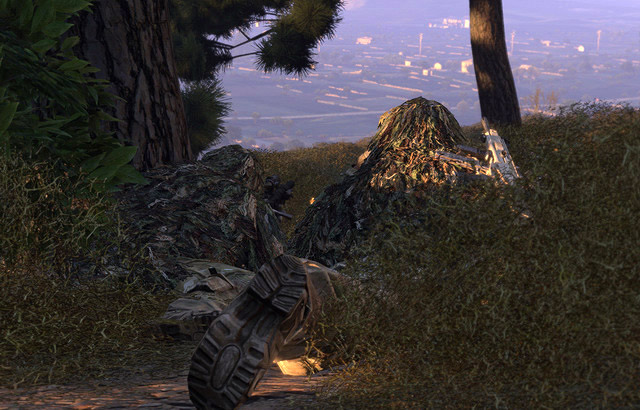 A sniper equipped with an M320 LRR observes enemy movements, waiting for a leader to make himself known 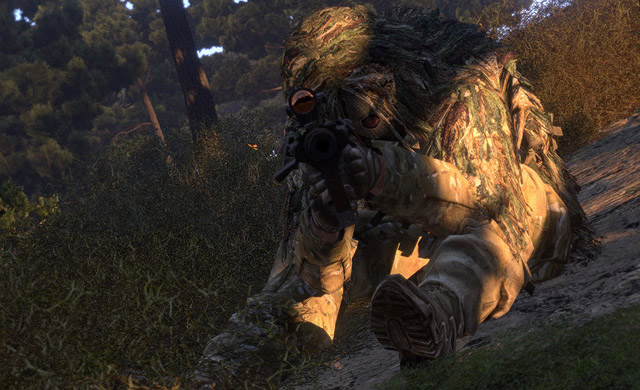 Narrow lanes of fire can minimize the angles that you can be spotted from. If you position yourself back from two large bushes and fire through a small gap between them, at a distant slice of ground, you will be far less likely of being spotted. The reverse side is that it will limit the area you can observe and engage targets in. Balancing out just how much of a field of view you need versus how much cover or concealment you need is an art that will take time to perfect. 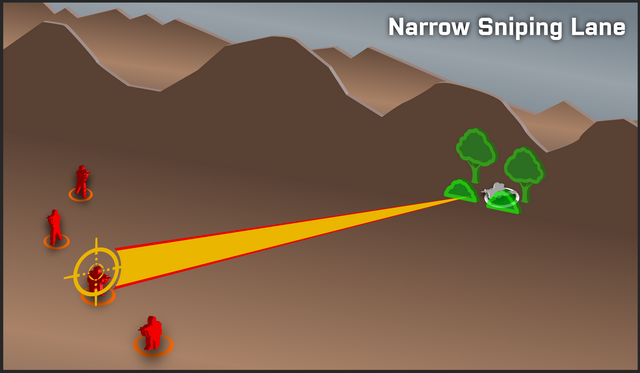 When firing up or down at a significant incline towards an enemy target, one must be aware of the fact that their bullets will generally strike higher due to weapon ballistics. In situations like this, a player needs to use the horizontal - or "map range" - of a target to calculate drop, and not the actual straight distance to the target. This is a rough rule of thumb that works acceptably to most shooting distances that Arma3 portrays. 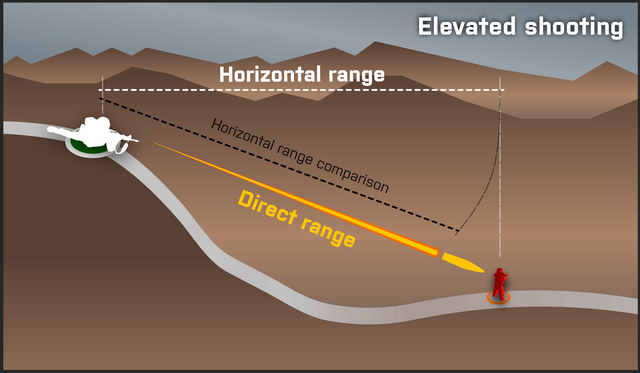 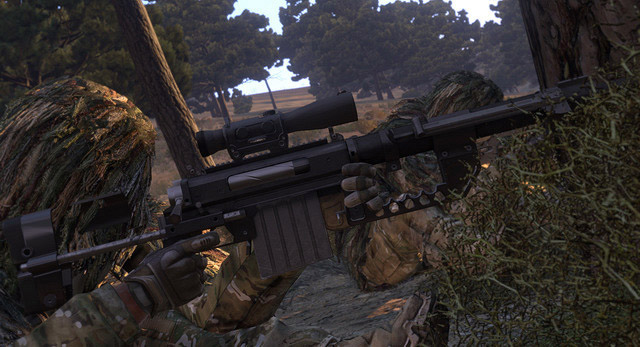